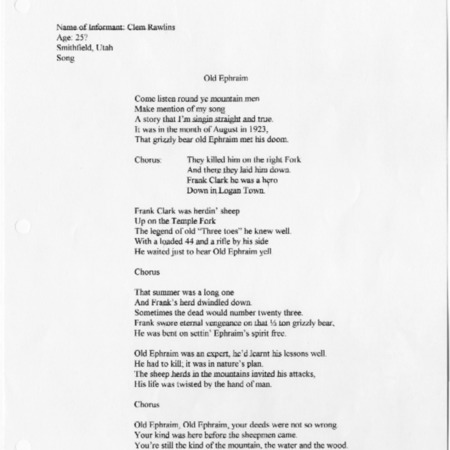 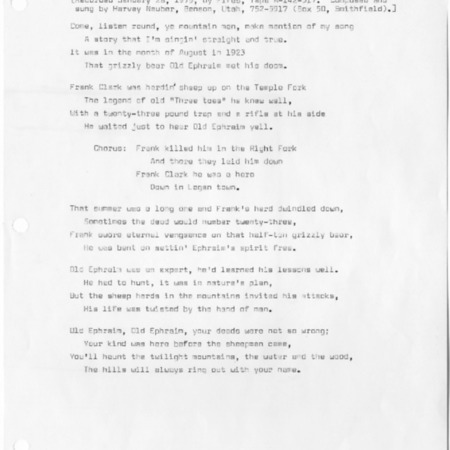 "The Story of Old Ephraim" by George R. Hill

Story of the death of Old Ephraim, a famous grizzly bear in Logan Canyon, and Frank Clark, the man who killed him, as told by George R. Hill to his grandchildren on Thanksgiving evening 1954. 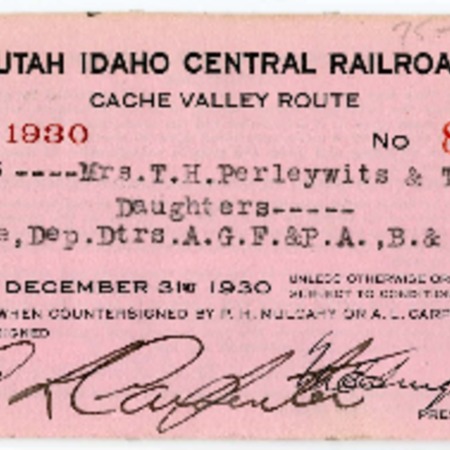 An annual U.I.C. Railroad pass issued for Mrs. T.H. Perleywits and her two daughters for use across the Utah-Idaho Central Railroad route in 1930. The pass indicates that it may not be used for the bus lines that the U.I.C. operated at the time. 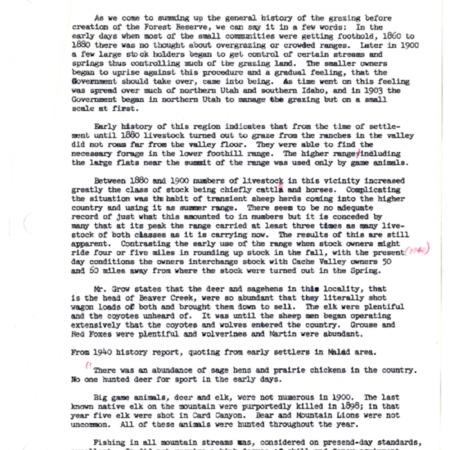 Landscape view showing unidentified homes and barns in the distance 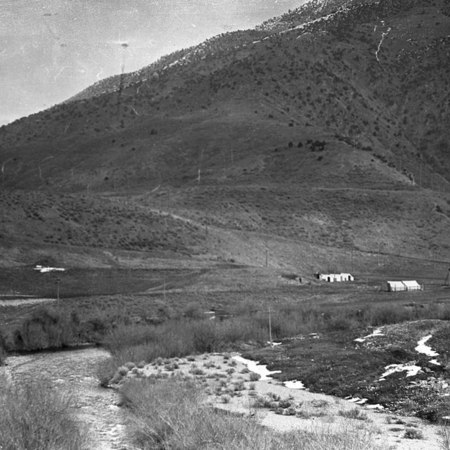 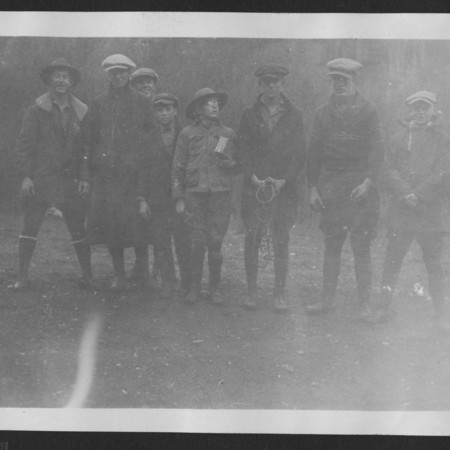 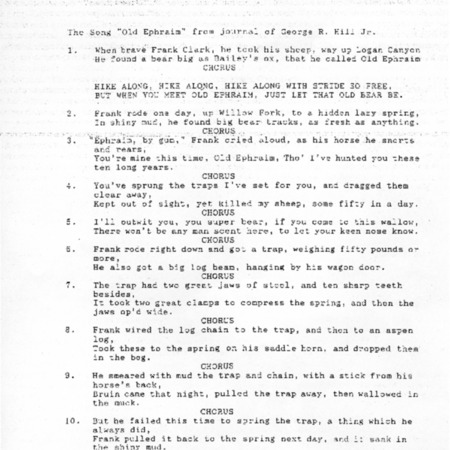 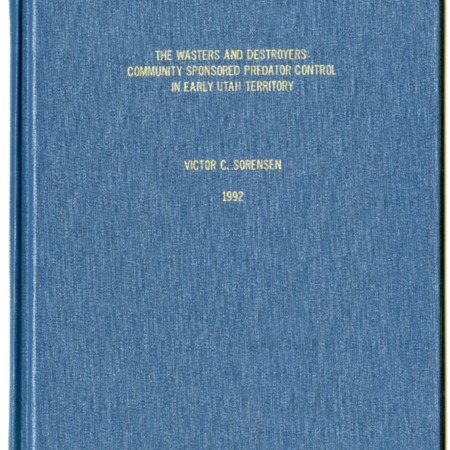 "The Wasters and Destroyers : Community Sponsored Predator Control in Early Utah Territory" by Victor C. Sorensen. A Plan B Paper submitted in partial fulfillment of the requirements for the degree of Master of Social Science in History, Utah State…
Output Formats