The Broadcasting Bullens: One Family’s Contribution to Cache Valley Newspaper, Radio, and Television: The Logan Republican 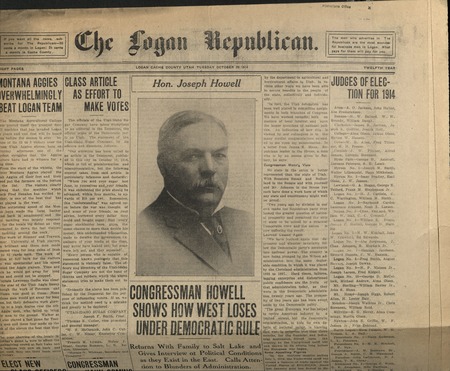 Senator Joseph Howell on the front page of The Logan Republican [Click image to enlarge.]

The Logan Republican, Volume 1, No. 1 was first published on September 10, 1902. The newspaper was previously started in 1890 as the Logan Nation, a Republican newspaper that soon became politically independent. Frustrated with the lack of political representation, local Republicans started the Republican as a counterweight to the powerful Democratic voice of the Journal.[i]

Born in Richmond, Utah, in 1870, Herschel Bullen Jr. entered the newspaper business when he and Joseph Howell (later a Republican U.S. Senator), Joseph Odell, and J. C. Walters established the Logan Newspaper Company in 1903. The company subsequently took charge of the Republican and leased it to N. Ralph Moore and later Fred Turner. In 1910, while serving as secretary-treasurer of the newspaper company, Herschel purchased the lease on the Republican with Preston Nibley. He continued as manager and editor for several years.[ii]

The Republican survived until 1924, when the paper could no longer continue without incurring heavy financial losses on the part of stockholders. It was sold to Earl and England Publishing Company, owners of the Journal.[iii] 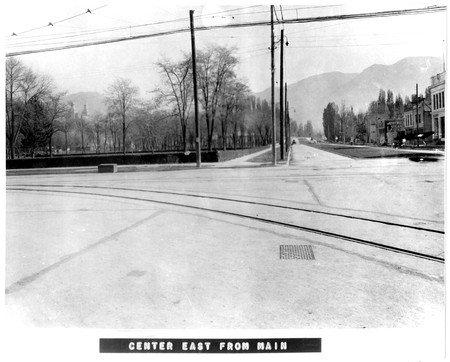 KDKA radio station was started in Pittsburg, Pennsylvania. On November 2, Henry P. Davis announced the results of the presidential election in the first commercial broadcast in history.[iv] 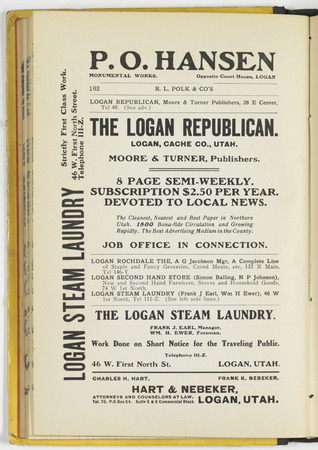 Advertisement for The Logan Republican found in the 1905–06 Logan City directory [Click image to enlarge.]

H. Carter Wilson and the Deseret News started KZN, one of the first successful radio stations in Utah.[v] 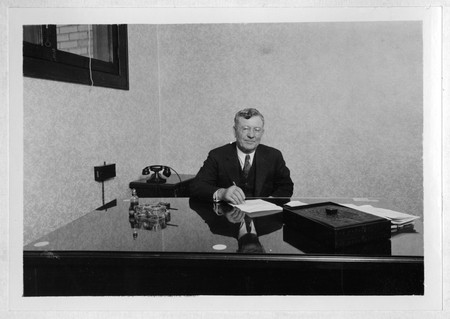 Herschel Bullen sitting at his desk 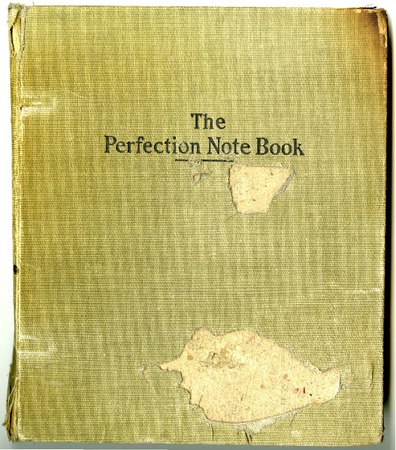 Meeting minutes of the Republican Publishing Co., 1915 [Click image to enlarge; click it again to browse all pages.]

In May, Dr. Ernst F. W. Alexanderson and General Electric instigated the first regular television broadcast over WzXAD and WGY in Schenectady, New York. The program lasted 90 minutes and aired three days a week. Alexanderson was one of several inventors who worked to perfect their own unique television systems, including Philo T. Farnsworth, John L. Baird, C. Francis Jenkins, and Vladimir Zworykin.[vi] 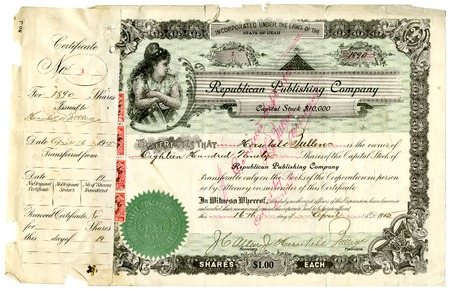 Stock certificate for the Republican Publishing Company, 1915 [Click image to enlarge; click it again to browse all pages.]

On September 11, the Journal was bought out by the Cache Valley Herald, a newspaper started in 1925 which was owned by the Scripps-Canfield newspaper chain (now Pioneer News Group). The company combined the two newspapers to form the Herald Journal, Cache Valley’s leading newspaper today.[vii]