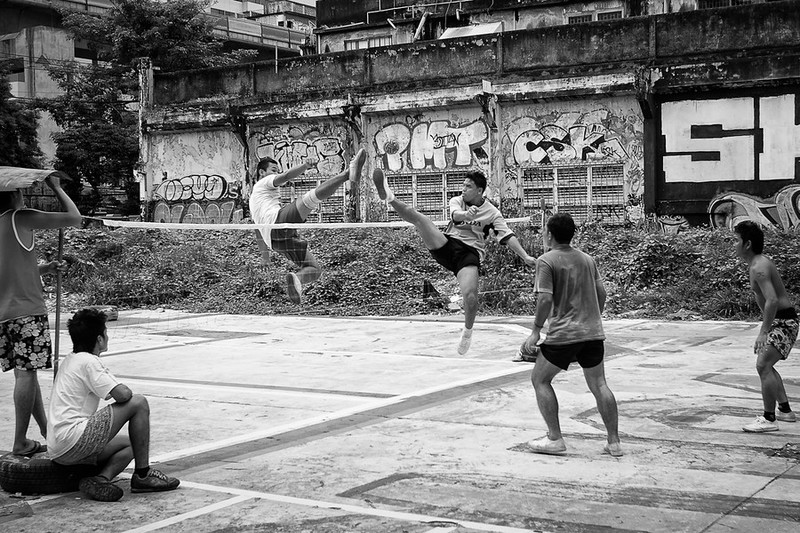 Sepak-Takraw, or "Takraw" for short, is a popular sport in Southeast Asia. It contains two teams of three members each. The ball is made of interwoven strips of hard plastic and the ball can be kicked or bumped with any part of the body but the hands. Points are scored for hitting the ball within the lines on the opponent's side of the court. The game is a hybrid of volleyball and soccer, with a maximum of three hits allowed before the ball must be sent over the net. If the ball is still in the air, but headed out of bounds, it can be hit in order to keep the ball in play.

According to travel expert Paul Smith,"The origins of sepak takraw remain a matter of intense debate in Southeast Asia, as several countries proudly claim it as their own. There is, however, some agreement that the game was introduced to Southeast Asia through commercial contact with China, where an ancient form of the game originated. It is believed that many variations of the game evolved from an ancient Chinese military exercise, where soldiers would try to keep a feathered shuttlecock airborne by kicking it back and forth between two or more people. As the sport developed, the animal hide and chicken feathers were eventually replaced by balls made of woven strips of rattan." [2]