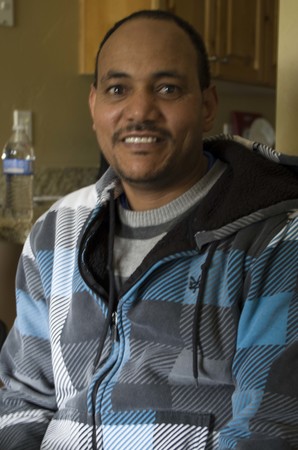 Afeworki Woldemichael was born in 1979 in the western lowlands of Eritrea, near the Ethiopian border. He is one of ten children, nine brothers and one sister, seven of whom are currently living. His family are "irrigation farmers" and they grow corn, sorghum, sesame, and dagusa, a traditional grain that people "use for…local drinks." He has a wife, whom "he met…in the Ethiopian villages because he was going over there for work" during his time in a refugee camp. They have two boys ages four and two. His wife and children live in Ethiopia and he is "processing their visa" and "hopes they will come soon." He sends his family money to help support them. Afeworki is "a follower of the Eritrean Orthodox Church."

When he was twenty-seven, Afeworki left Eritrea, where "there was no job and no job opportunities," in order "to improve [his] life." Since he lived close to the border with Ethiopia, "it was not a big deal" to cross the border. He ended up in a refugee camp in Ethiopia. After getting three of his assigned flights cancelled between January and April 2013, he was finally able to leave Ethiopia on July 1st, 2013. He flew to Egypt where he "got a transit," then flew to New York. From New York, he got a bus to New Haven, Connecticut, where he lived for five months.

In Connecticut, by the time winter rolled around, it was too cold. In December, a friend in Idaho contacted him saying, "It's cold here, but let's try it over here. Come over here," so Afeworki moved to Idaho. In Idaho, he was "working almost twenty hours a day" at two jobs. So, at the advice of other friends, he moved to Logan, Utah. Here he works at JBS in Hyrum, Utah for "nine to ten hours" a day and makes a higher wage than he did in Idaho.

At first [in the refugee camp] it was hard and they don't even like us, because they were even physically attacking us, because there were some people who lost their teeth. There was a guy who was hit by an ax. And they are refugees. The only [way] they can prepare their food is by firewood. And there were some people who went for the fire wood, and the locals, they were beating them…They got their wood and the locals, they just put fire on the wood. They are not taking it. They just put fire on it. But after some time, the government, the Ethiopian government…It was telling them, “Hey, these guys are refugees in our country. We have to help them. We are the same people…"

[In refugee camps] During holidays we always shared what we got. Some people have money. Some of them, they don't have. So if your neighbors or other people you know, if you know they don't have    anything and if you know they are bachelors or singles, you just invite them, “Hey, come tomorrow. I'm going to make food or buy a sheep or a chicken, whatever you've got, or meat.” If they are families, because families they want to spend the holiday together, you just share what you've got with them. You tell them, “Hey, tomorrow is a holiday, I know you guys don't have anything. Here's this thing and celebrate the holiday.” But you share whatever you got. It can be meat. It can be food. It can be vegetables. Whatever.

I like Logan. It's [a] safe place. I don't have to worry about my security. And I work. I support my relatives. I support my children and…wife. I hope they will come soon. And most of the time when you move from one state to another state you have to think about yourself and discuss with yourself, why are you moving? So I [was] told Logan had a better lifestyle…than there was in Idaho, better pay. So, so far, I cannot complain. Logan is a good place and I hope I will improve my life better than I have now.

Afeworki Woldemichael talks about tensions between refugees in the camp and local people in Ethiopia.

This time I cannot tell you about my dreams because I am working on bringing my family, my wife and children, so when she comes here, we will discuss about our future dreams with my family, my wife and my children. And after, if she comes here, we'll both  dream together, but if I dream something now and she dreams another dream, it'll be two dreams and one family. So when she shows up here, we can discuss about myself, about our future. We will buy a house and we will improve our future life and the lives of our children.

Afeworki Woldemichael talks about his dreams for the future.

Afeworki hopes to improve his English so that he can better communicate with the local population of Cache Valley. He wants to be able to talk to any person without a translator. 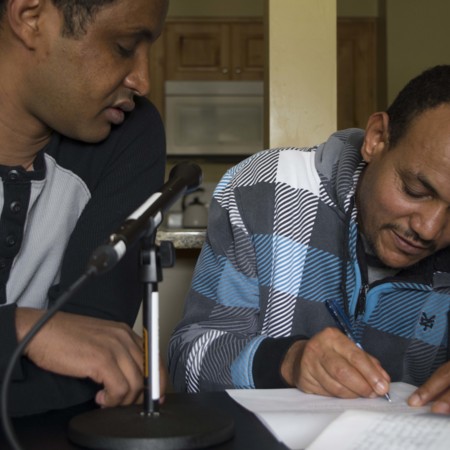 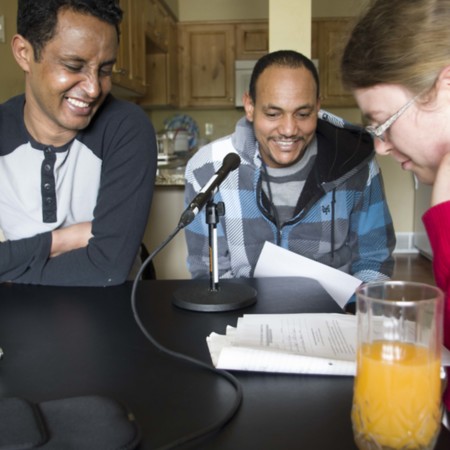 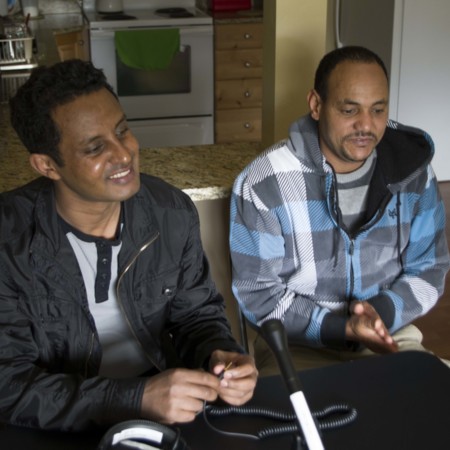 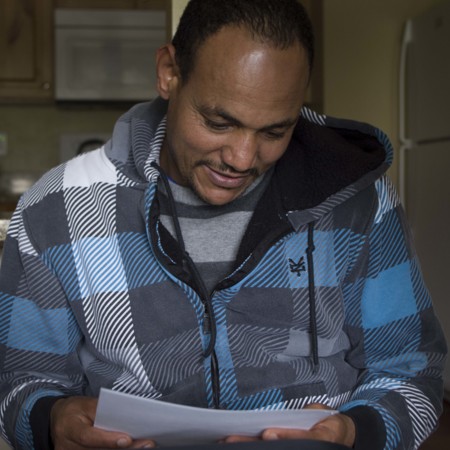 Berhane Debesai Abraha made the comment about signing documents that you don't know what they say. He joked about signing a mortgage without knowing it. Making some incredible points about the difficulty of language/literacy barriers. 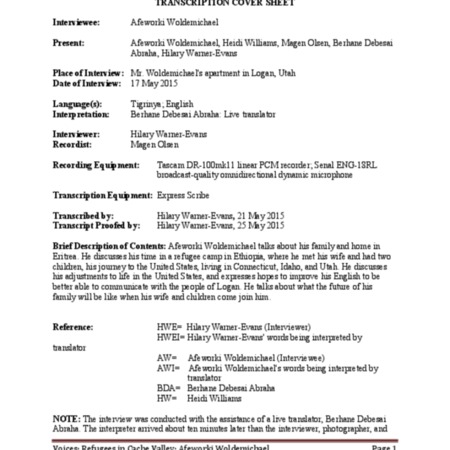