The New Deal and the Works Progress Administration 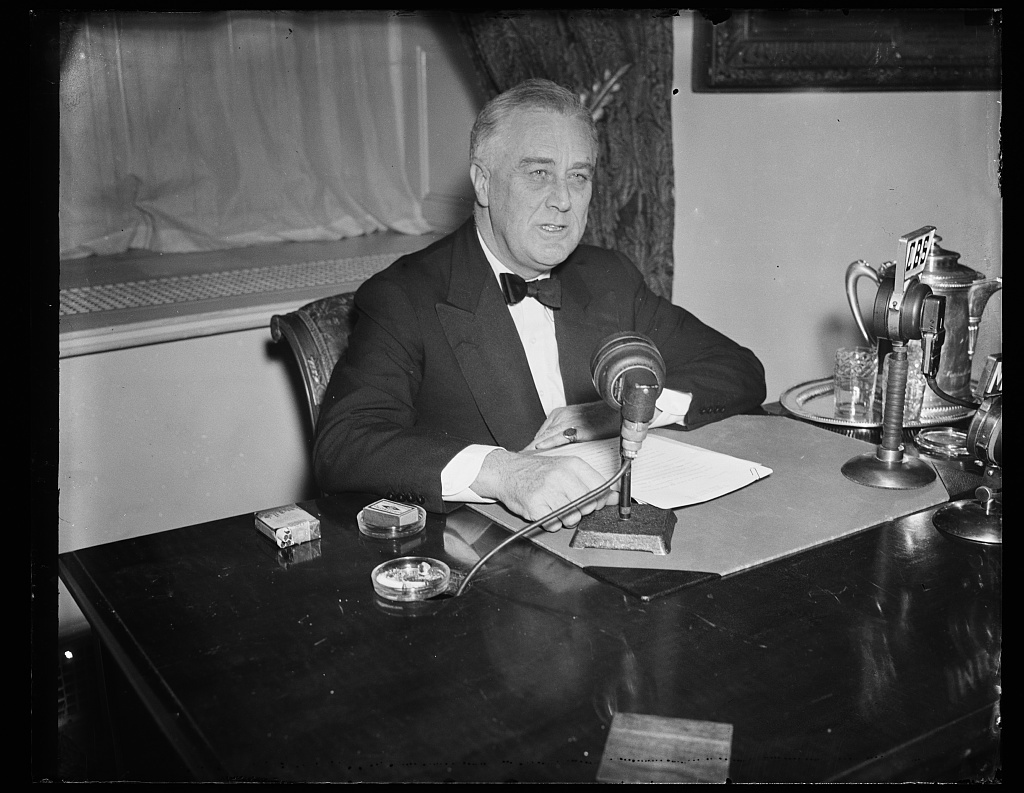 The New Deal was a series of domestic aid programs set in place by the presidential administration of Franklin Delano Roosevelt (FDR) from 1935 to 1943. These programs were meant to relieve the economic strain on the American people, restart the economy, and enact reforms that would prevent future circumstances like those that caused the Great Depression. Prior to the Great Depression, the United States government had a laissez-faire approach to the economy. Considering the recent economic failure of such an approach, the New Deal promoted a more regulated economy that strove to balance conflicting economic interests of consumers, producers, and workers in order to preserve financial success for as many as possible.

The National Recovery Administration (NRA) operated from 1933 to 1935 under the National Industrial Recovery Act as part of FDR’s New Deal. The NRA sought to induce business recovery through revisions to industrial business codes to improve labor conditions. The Road is Open Again is a short film that depicts a songwriter, played by Dick Powell, trying to create a song promoting the NRA. Powell dreams that former Presidents Washington, Lincoln, and Woodrow Wilson appear and assure him that FDR and the New Deal will lead the United States back to prosperity, inspiring Powell to create the film’s featured song, “The Road is Open Again.”

The Road is Open Again 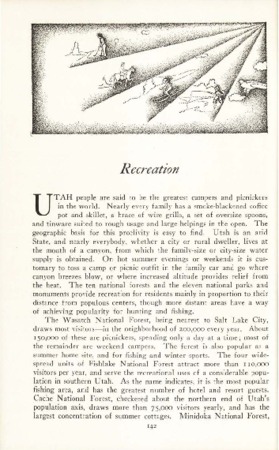 An image of the “Recreation” section, page 142, from Utah: A Guide to the State, the Utah state guidebook from the American Guide Series created by the Utah Federal Writers’ Project, part of the Works Progress Administration, during the New Deal. [Click to enlarge]

One of the New Deal’s goals was to ease the burden on the unemployed US workers by organizing programs that provided temporary jobs, such as the Works Progress Administration and the Civilian Conservation Corps. This served a secondary purpose in providing American households with a disposable income that could be used to restart the flow of consumption and production in the US. Other governmental changes included the implementation of social programs and changes to regulations related to both labor and the banking and financial industry.

These policies were incredibly controversial for their time. The increase in federal influence over industry touched on a long-term struggle in United States political history over the strength of federal government versus states’ rights. The US Supreme Court attempted to end New Deal programs, considering them to be “unconstitutional.”[1] Despite Supreme Court interference, the Roosevelt administration successfully advanced the New Deal. Another reservation the American people had toward the New Deal policies involved the socialistic inclination of the programs. In a country that had just a decade before exited World War I and had seen the influence of socialism in Russia, these political ideals were not broadly welcome. Many viewed programs such as the Works Progress Administration as a way of letting idle people live off the US government.[2] Even with dissenting voices opposing it, the New Deal has proven to have a significant influence on American culture and life today. Many of the buildings, roads, and artwork that we enjoy in our modern lives are a result of the programs of the New Deal. For more information about New Deal programs, please visit websites such as the Living New Deal. 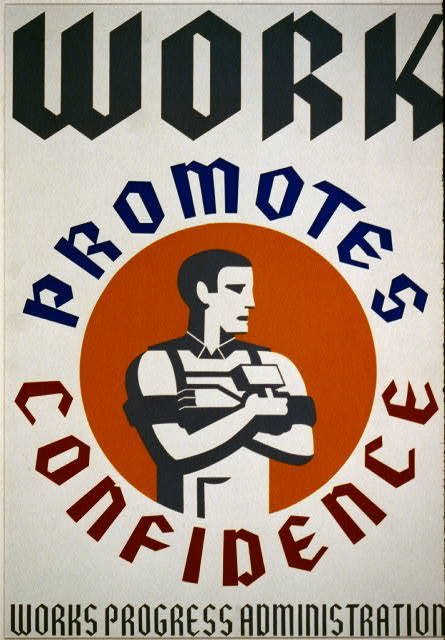 A poster created by the Federal Art Project for the Works Progress Administration that promotes workers to feel confidence from their work, c. 1936–1941.

The Works Progress Administration (WPA) was one of the programs created as part of the New Deal. Operating from 1935 to 1943, the WPA provided useful work for the nation’s unemployed.[3] This would, in turn, provide American households with a disposable income that would help restart the economy through encouraging consumer spending. Workers could earn anywhere from $15 to $90 a month in temporary positions depending on the program to which they were assigned. Though there was push back against this program, with some calling it socialistic and a ploy to gain loyalty and influence for the Democratic Party, many individuals benefited from WPA projects. In its 8-year span, the WPA employed 8.5 million workers and constructed thousands of miles of public roads, buildings, bridges, parks, and airports across the United States. Some of the subsidiaries of the WPA included the Federal Art Project, the Federal Theatre Project, and the Federal Writers’ Project. These programs were designed to employ and preserve the skills of America’s writers, artists, actors, and other educated workers. These programs would create some of the nation’s greatest works of art and literature.

Along with a change in name to the Works Project Administration, in 1939, the WPA underwent budget cuts due to abuses of the program by the workers. This issue, foreseen by New Deal opposition, was a blow to the program’s success, but still, the WPA continued. The WPA finally met its end in 1943 after increased military production related to World War II led to a significant decrease in unemployment and the Works Project Administration was no longer deemed necessary.