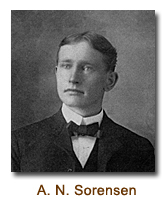 Alma N. Sorensen, the fifth son of Isaac Sorensen, was born on March 3, 1879 in Mendon, Utah. A. N. was one of the first three students from Mendon to earn an eighth grade diploma. He belonged to the Mendon band and the Mandolin and Guitar Club. A. N. entered the Brigham Young College in Logan in 1897, but he left after one year and spent two years laboring on the farm and railroad. From 1901 to 1904, he served an LDS mission in the southern United States. He returned to school in 1904 and obtained his bachelor’s degree in 1909 from Brigham Young College. He attended Harvard from 1910-11 and again in 1915-1916, graduating with a master’s degree in English. He married Lavinia Hughes in 1917 and had one child, Wendell, before Lavinia’s death in 1920. He married Mary Carlisle in 1924 with whom he had six children: Mary Jean, Robert N., David C., Philip E., John Mark, and Anne. Their son, David, died tragically on October 15, 1944, at the age of fifteen of an undiagnosed heart condition. A. N. joined the Utah Agricultural College (hereafter known as Utah State University) staff in 1926 after serving as head of the English department at Brigham Young College for fifteen years. A. N. was a professor of English at Utah State University for twenty-three years. He served as chairman of the Utah State College Athletic Council and president of both the Rocky Mountain Conference and the Big Seven Circuit. He died on December 11, 1958.

Mary Carlisle, wife of Alma N. Sorensen, was born in Logan, Utah, on December 26, 1894. In 1918, she married Walter Farrell Barber. He died only five months later of the Spanish influenza that had swept throughout the country. Widowed, Mary gave birth to her first son, Walter Carlisle. She married Alma in 1924. She was a teacher at Brigham Young College for several years during the 1920s and a prominent civic worker. She was a member of the founding board of the Sunshine Terrace Foundation and an active member of Utah State University’s Women’s Faculty League for many years. Mary died on May 26, 1962. 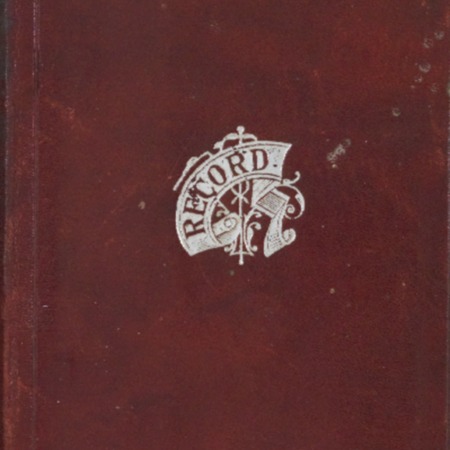 Account of the missionary travels and experiences of A. N. (Alma Nicholas) Sorensen of Mendon, Utah, in southern West Virginia. Also included are passages of poetry, scripture, songs, and an accounting of money received from home. 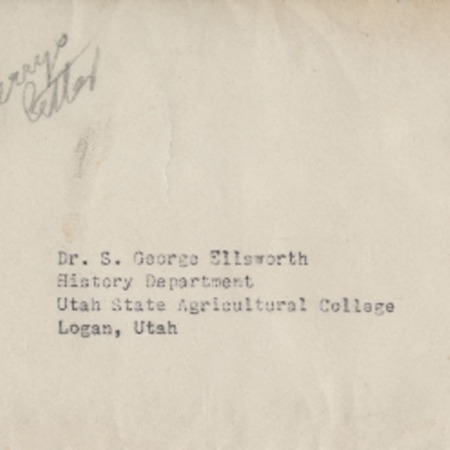 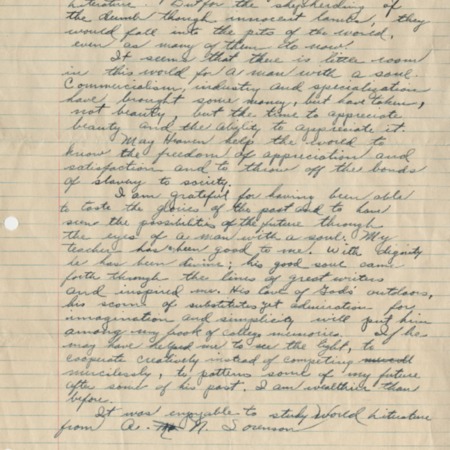 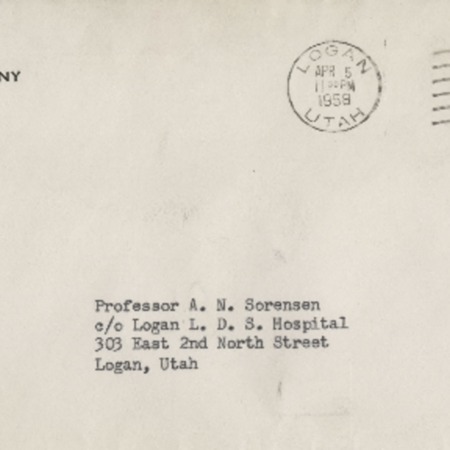 Correspondence from Frederick P. Champ to Alma N. Sorensen, dated April 5, 1958, wishing him a rapid and complete recovery from his stay at the hospital 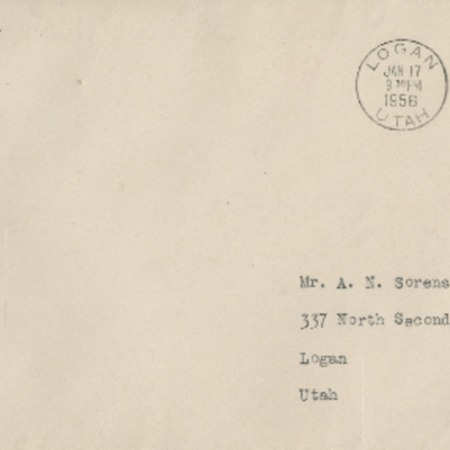 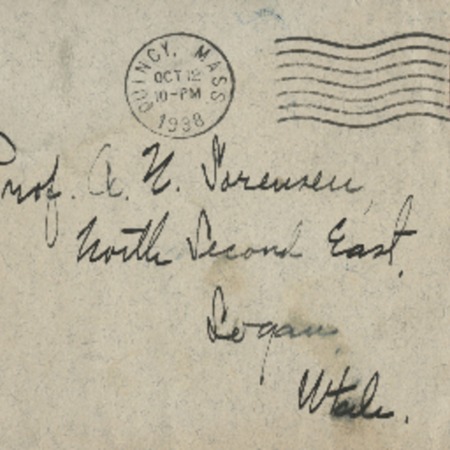 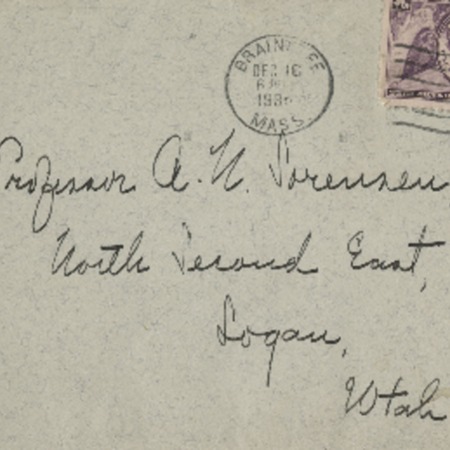 Correspondence from Frank R. [last name unknown, starts with “A”] to Alma Sorensen, dated December 16, 1935, wishing him a happy Christmas