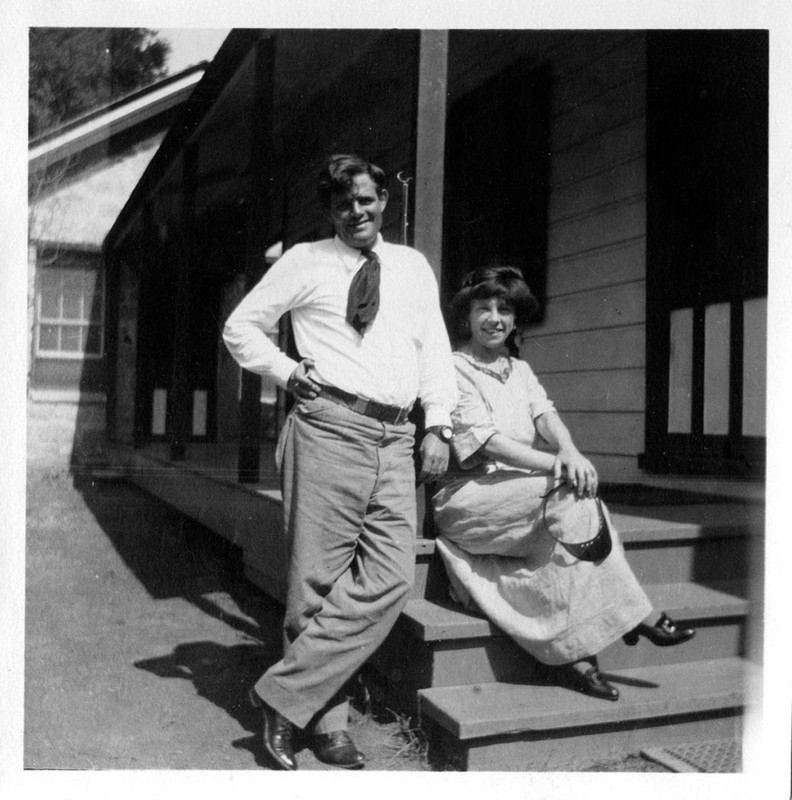 In 1911 Jack London went on, as he called it, “a mid-life honeymoon” with his wife, Charmian. Together they embarked on horseback on a 1,500 mile trip from their home in California to Oregon and back. While traveling they camped and hunted (averaged about 30 miles a day) but also wrote (he’d wake up at 4:30 a.m. to write in longhand then Charmian would type his writings up on the typewriter they lugged along). [1]

On one occasion during this trip, the Londons went to visit Crater Lake, the deepest lake in the United States.  The lake was formed about 7,700 years ago from the collapse of a volcano, Mount Mazama, and has been a popular spot in Oregon since. [2] The beauty of Crater Lake inspired London to use its setting in a number of his works.

While there, London was rumored to have been generating ideas for Valley of the Moon, which he eventually finished at the Wolf Creek Inn, roughly 100 miles from Crater Lake. [3] As well, Charmian claims the 1,500 mile trip was used to base the short story “Four Horses and a Sailor”. Crater Lake was also used as a location or mentioned in other works, including Smoke Bellew (published in 1912), Trust (part of a short story collection published in 1910), and One Thousand Dozen (published first in a magazine in 1902). 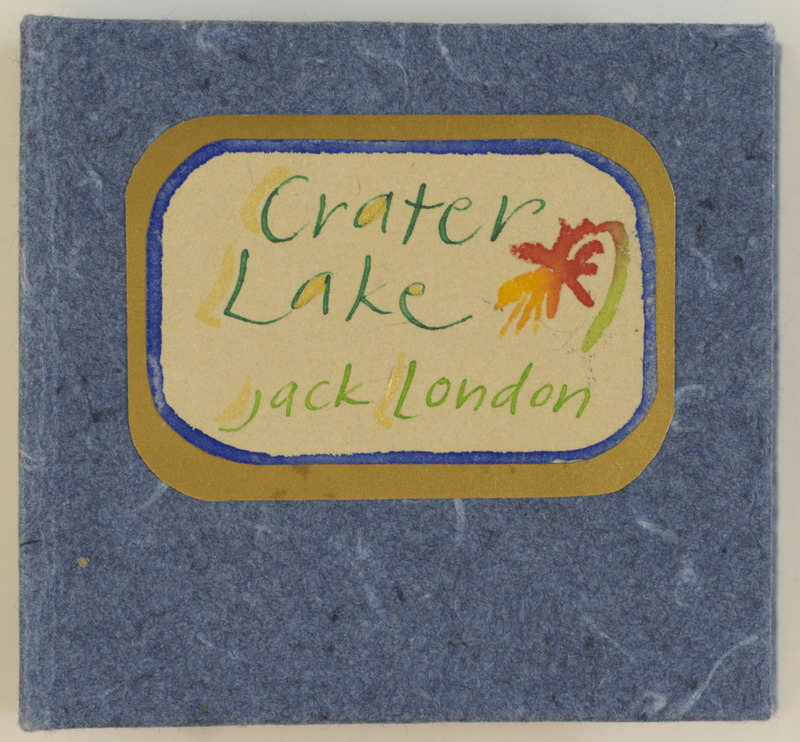 In this one-of-a kind accordion book, Jack London's quotes regarding Crater Lake are displayed. The book was created by Peter and Donna Thomas who visited the park in 2009. There Donna painted the illustrations on Peter’s handmade paper. The accordion structure was invented by the Thomas's and is their trademark for various other little books. 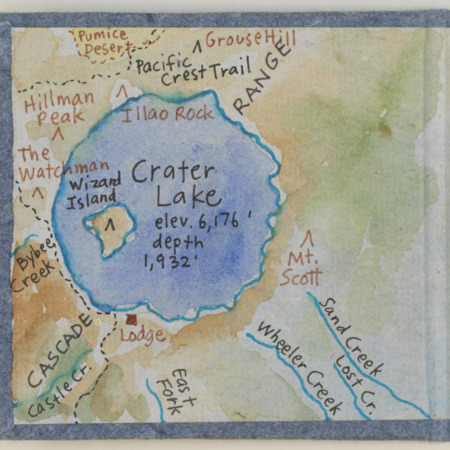 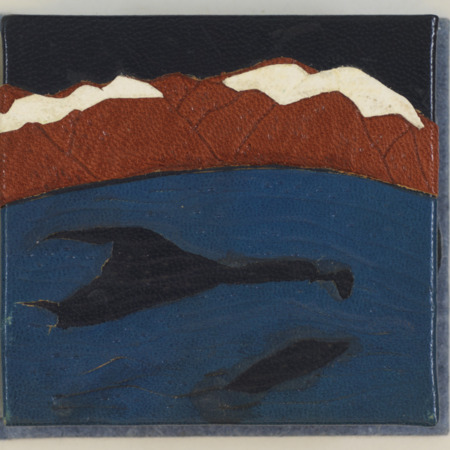 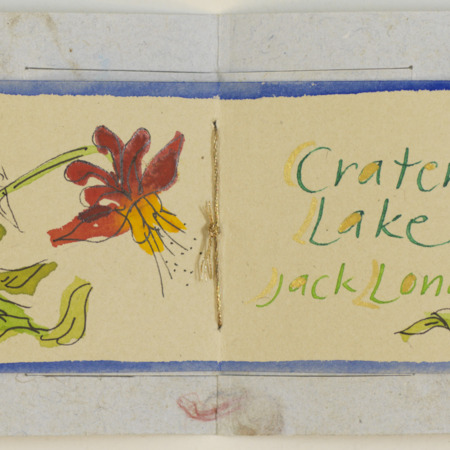 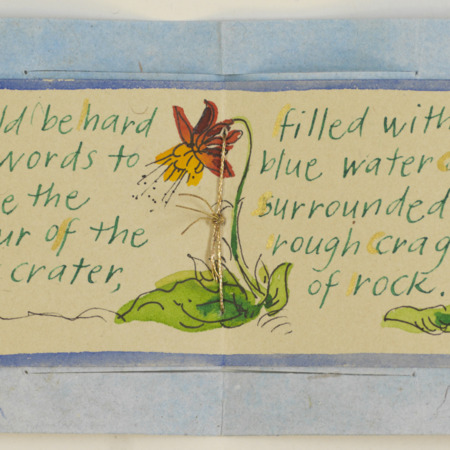 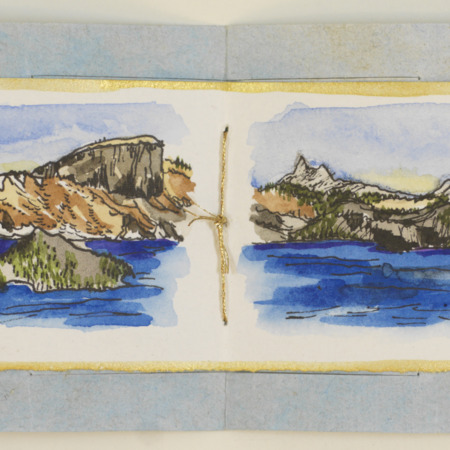 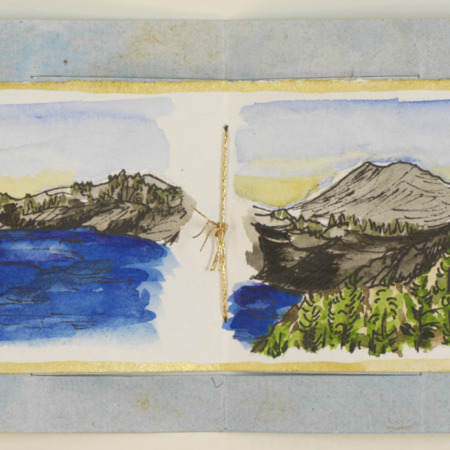 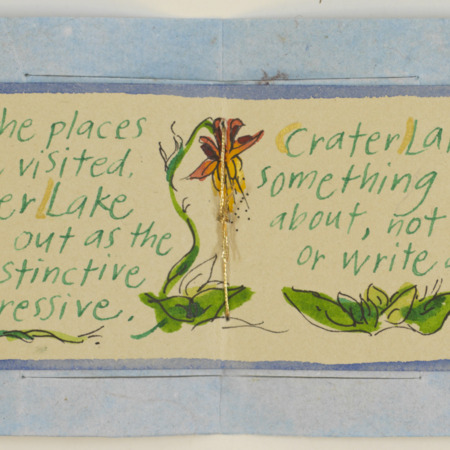 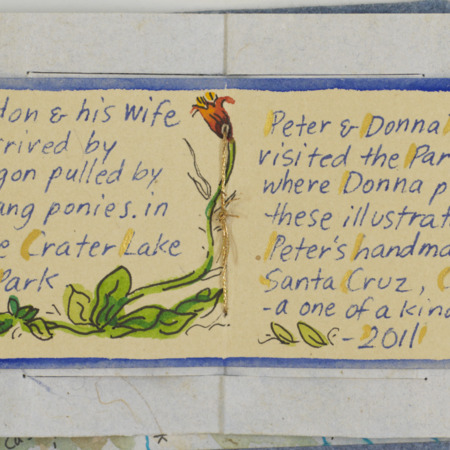 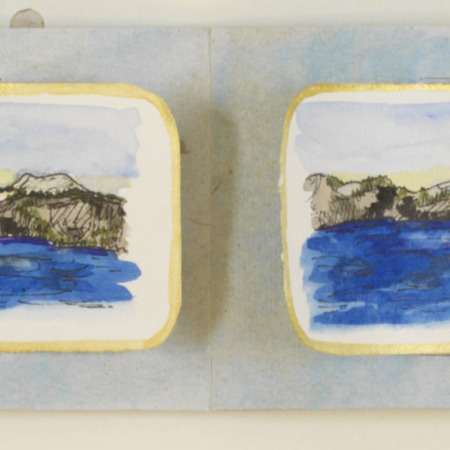 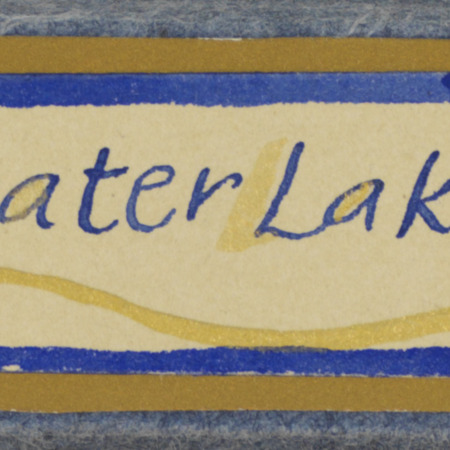 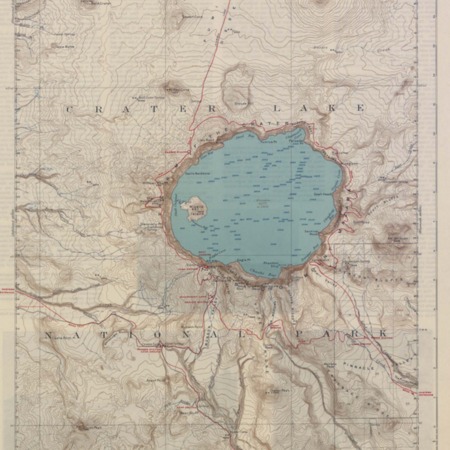 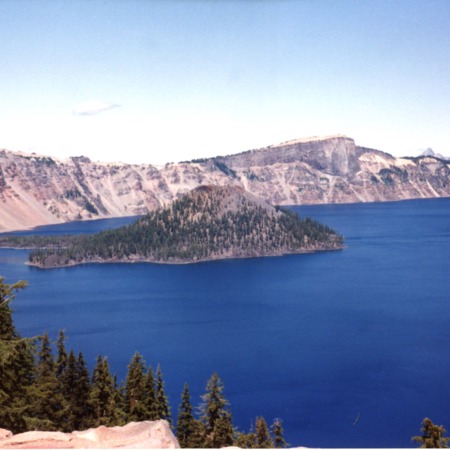