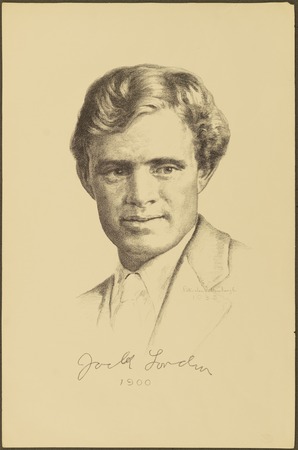 Merrill-Cazier Library's Special Collections and Archives houses one of the largest Jack London manuscript collections in the world, second only to the prestigious Huntington Library in San Marino, California.  London's ties to California are well known, but his relationship to Utah and this institution is much less apparent.  Such an improbable connection begs the question, "How did London's papers end up at Utah State University?"

The answer involves the close personal and professional relationship between Irving Shepard, Jack London's nephew and executor of his literary estate, and King Hendricks, a prominent London scholar and English professor at USU.  The two began corresponding extensively in the early 1960s when they agreed to coedit a compilation of London's correspondence entitled, Letters from Jack London (1965).

During the course of his research, Hendricks gathered a fairly extensive collection of typed transcriptions and photocopies of London correspondence, but in a letter to Shepard dated April 2, 1963, he indicated USU's interest in purchasing some original materials from the estate.  He was particularly interested in the first edition London novels that the author inscribed to his second wife, Charmian.  Shepard agreed to the sale, and in 1964 the university was able to buy the books thanks to a gift from an anonymous donor. 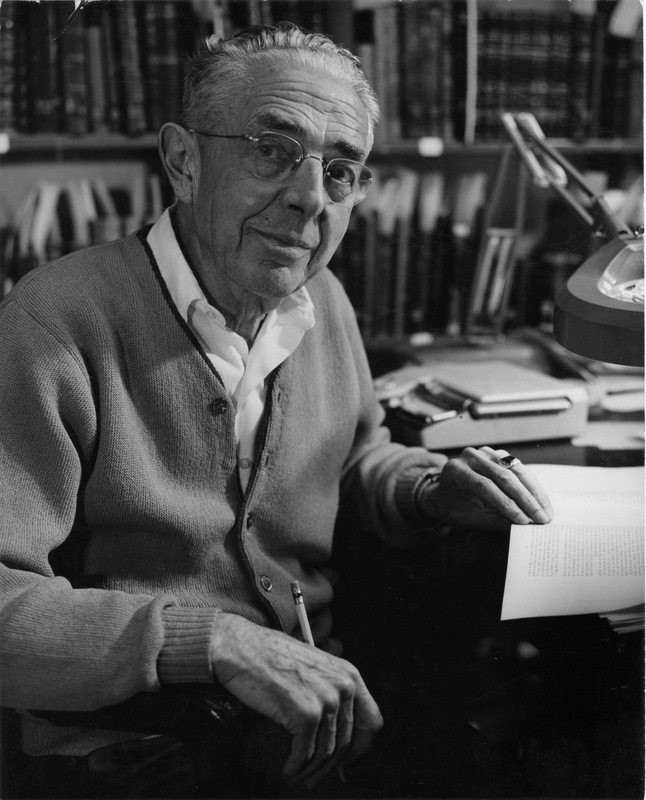 After this initial purchase, USU received the remainder of its London collection through a series of four donations from Shepard on behalf of the London estate.  The first gift came in 1964 and included over 400 books from Charmian's library, typescripts of London's short stories, and other items.  Another accession came in 1966, which consisted of the Tramp diary, a logbook from the Snark, and two magazine sales books.  From 1967 to 1968, USU received Shepard's third donation, which contained family and business correspondence, as well as notable items such as London's wills, his Russo-Japanese War correspondent notebook, and the Sinclair Lewis plots.  Shepard donated the fourth and final accession in 1971, which mainly included correspondence to and from both Jack and Charmian.  The only other items added to the collection were a letter from Jack to his collaborator and alleged lover Anna Strunsky, purchased by USU in the late 1970s, and a collection of published articles bought in 2011.

Today, USU's Jack and Charmian London Collection is open to all researchers—student, hobbyist, or professional—who want to learn more about London's life and works through the study of original documents, many of which were penned in the author's own hand. 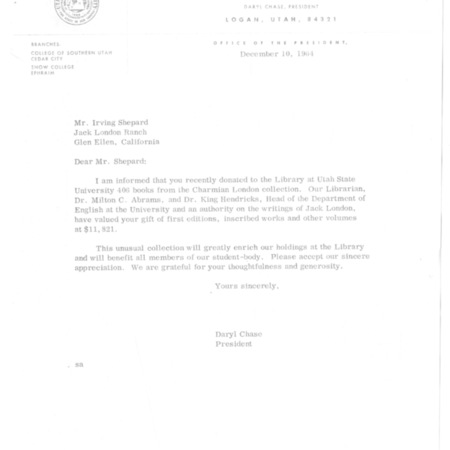 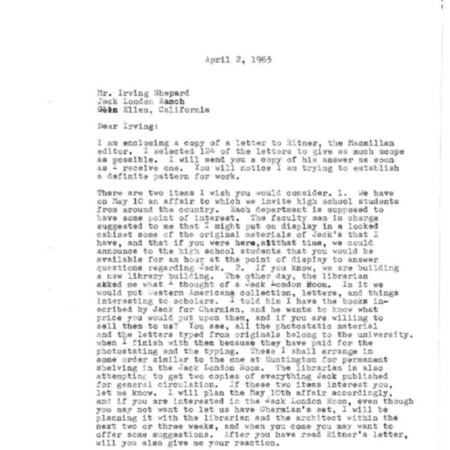 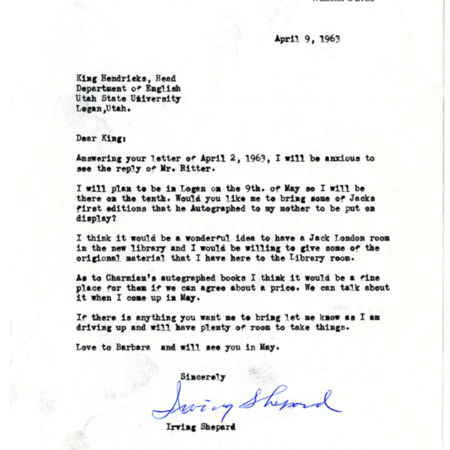