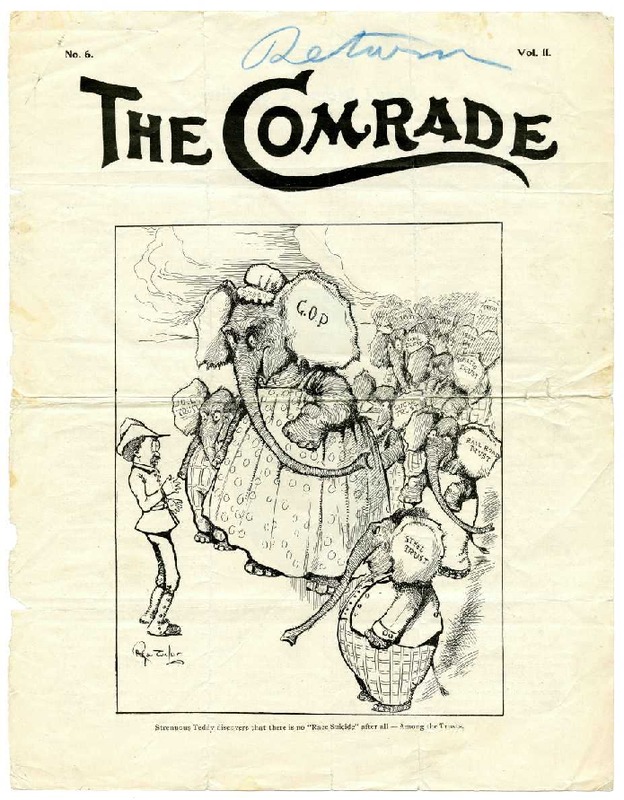 How I Became A Socialist- article in the Comrade, March 1903 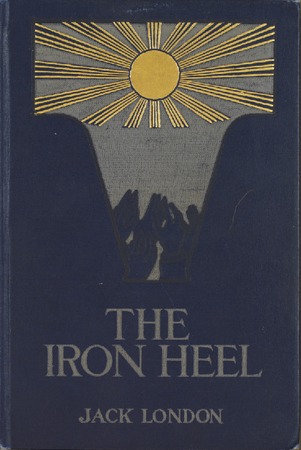 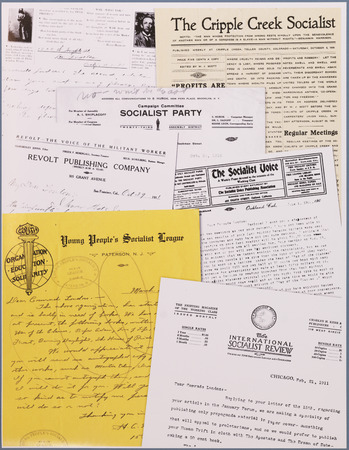 Sampling of the letterhead London received from various socialist groups.

At the turn of the 20th century, unsafe conditions and low wages in American factories made the socialist gospel of worker's rights and wealth redistribution an appealing prospect for laborers and intellectuals alike.  Among those drawn to the ideology was a young Jack London.

London's conversion to socialism resulted from his experience tramping about with Kelly's army in the summer of 1894.  There he met men disfigured by years of hard labor and forgotten by those who once employed them.  They were, as London put it, the bottom of the "Social Pit."  Fearing a similar fate, the aspiring author enthusiastically embraced socialism beginning in 1896 when he joined the Oakland, California, branch of the Socialist Labor Party.  His charismatic speeches at parks and on street corners drew crowds and even got him arrested in February 1897.  A jury soon acquitted London, and he went on to run for mayor of Oakland as the Socialist Democratic Party candidate in 1901 and 1905.

London remained loyal to the socialist cause until his death, giving lectures and weaving his politics into his writings.  Nevertheless, frustrated with the movement’s progress, London terminated his affiliation with the Socialist Party shortly before his death in 1916.  In a letter to the national organization dated March 7, he insisted, “I am resigning from the Socialist Party because of its lack of fire and fight and its loss of emphasis on the class struggle.”

Socialism figures prominently into London’s 1908 novel, The Iron Heel, which recounts the story of a working class revolution that is ruthlessly suppressed by a wealthy ruling class.  London also published collections of his speeches and essays about socialism, including War of the Classes (1905) and Revolution and Other Essays (1909).  USU, London Book Coll V, Gr. 2, no. 21.

Socialist organizations and publications often sent letters to London asking him to make donations, write essays, or give speeches.  He would often respond with correspondence addressed “Dear Comrade” and signed “Yours for the Revolution.”  This is a sampling of the letterhead housed in USU’s Special Collections and Archives that London received from various socialist groups.  USU, London papers, Box 6 Folder 10; Box 9, Folders 1, 3, & 15; Box 40, Reels 1 & 2. 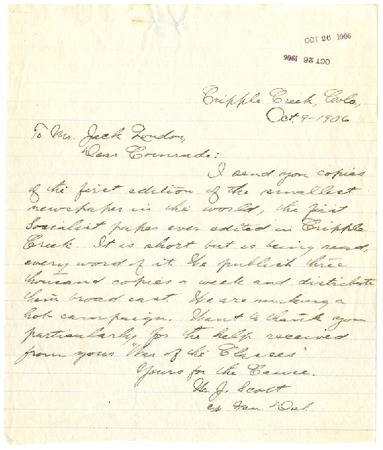 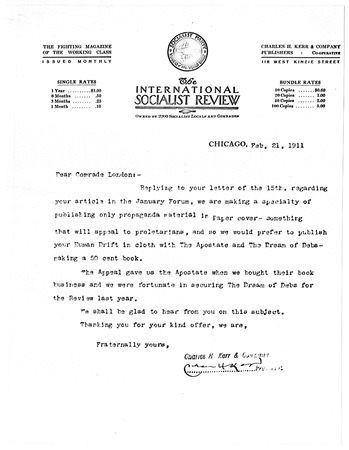 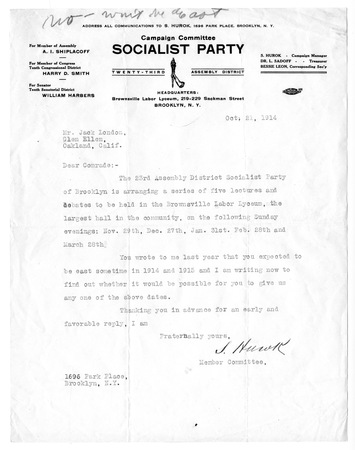 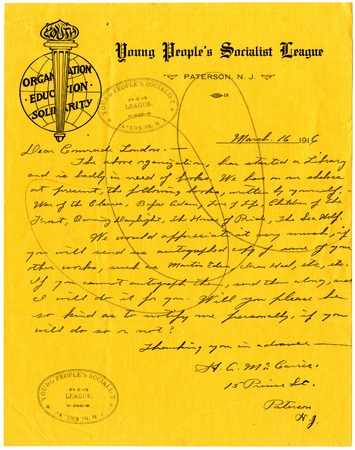 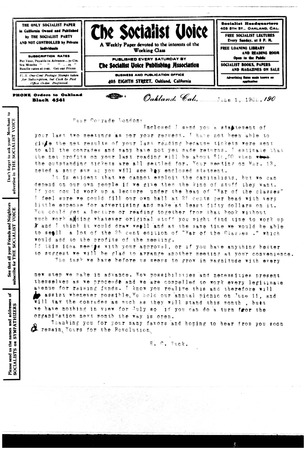 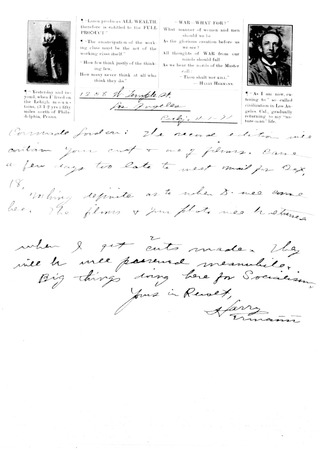 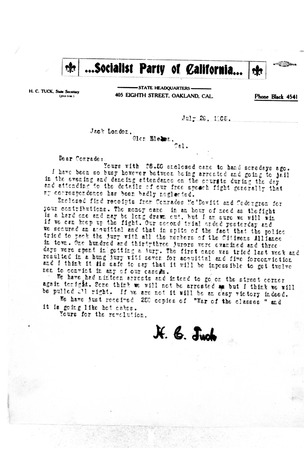 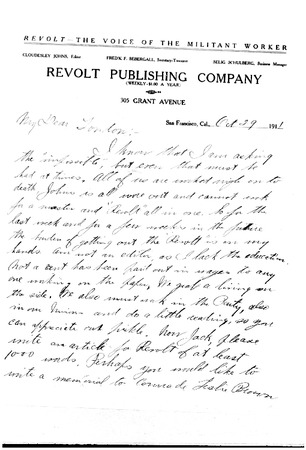 ← Life on the Road
Russo-Japanese War →