Jack London at Utah State University: Life on the Road 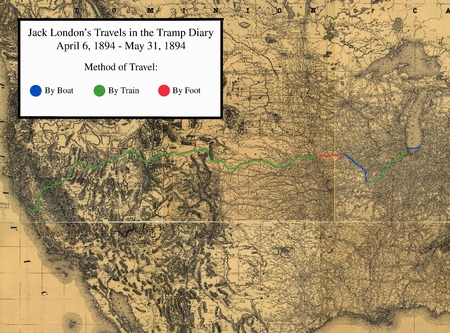 Jack London's Travels in the Tramp Diary - click to enlarge 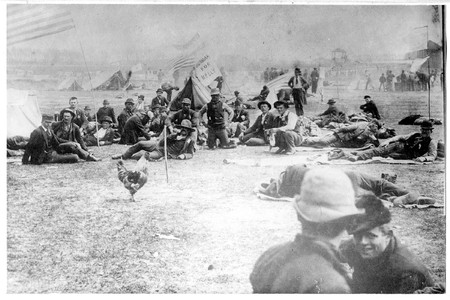 This is a photo of Kelly's Army in Iowa City, Iowa.  Jack London is located at the lower right corner facing the camera.

In 1894 at the height of an economic depression, Charles T. Kelly organized a group of unemployed men to travel by train from Oakland, California to Washington, D.C. in hopes of convincing Congress to generate jobs for unemployed men to build roads and other public works projects.  Eighteen-year-old Jack London joined Kelly’s Army but missed the army’s departure from Sacramento.  He ventured out on his own, riding the rails and living life as a hobo until finally meeting up with Kelly in Omaha, Nebraska.

Jack deserted the army in Hannibal, Missouri, but continued to travel by train around the country for another few months until arriving in Vancouver, Canada, where he boarded a ship to San Francisco.  His Tramp Diary is a compilation of his adventures and travels, and it has been noted that what he experienced and observed while on this adventure inspired Jack to become a socialist, vowing to fight for the cause of the working man.

In 1907 Jack had his diary published in The Road.   In an edited version titled Jack London on the Road: The Tramp Diary and Other Hobo Writings, one can see his diary entries in typed manuscript form.  Of particular note, while en route to Omaha he stayed in Ogden, Utah and Rock Springs, Wyoming and those diary entries are included here. 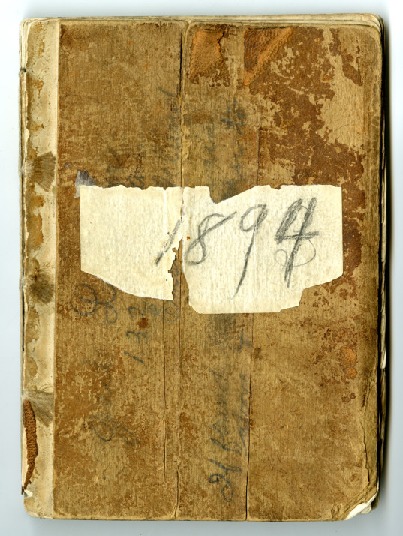 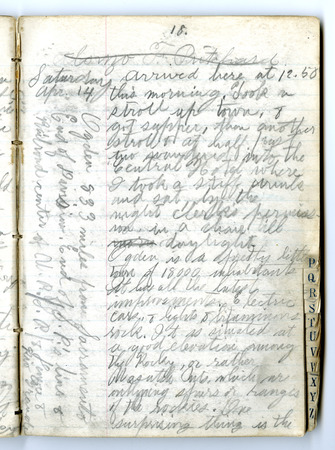 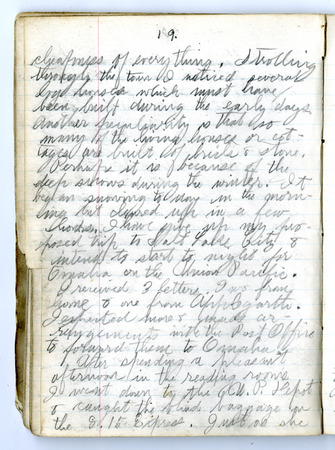 Saturday Apr. 14
“Arrived here [Ogden] at 12:50 this morning….Ogden is a pretty little town of 18,000 inhabitants.  It has all the latest improvements.  Electric cars, & lights, & bituminous rock.  It is situated at a good elevation among the Rocky, or rather the Wasatch Mts., which are outlying spurs or ranges of the rockies[sic].  One surprising thing is the cheapness of everything.  Strolling through the town I noticed several log houses which must have been built during the early days.  Another peculiarity is that so many of the living houses or cottages are built of brick & stone.  Perhaps it is because of the deep snows during the winter.”Click here to see a transcript of the diary.

← More than a Friend: Anna Strunsky
Boy Socialist of Oakland →