Graveyard of Dreams: The Story of Aurora and Rhyolite: Introduction to Ghost Towns

“The town has vanished into thin air; but we’ll go—we will stand silent a few moments as [at] a grave.”[1]

What we now call ghost towns were once thriving towns built on or near growing mines. Ghost towns went through a boom and bust cycle. Once a prospector discovered gold and word got around, the town boomed with activity. What was once a settlement of five or six jumped up to thousands in a matter of weeks as early settlers brought in civilization and technology to help in the mining effort. Often these settlers had stocks in the mine and wanted to grow their profit. As time passed and the mine dried up, the investors and miners who drained it left to find another profit-rich area, leaving the town to slowly fade back into the desert. 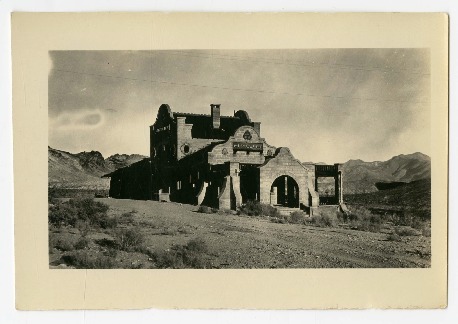 The old train depot in Rhyolite, after the town went bust 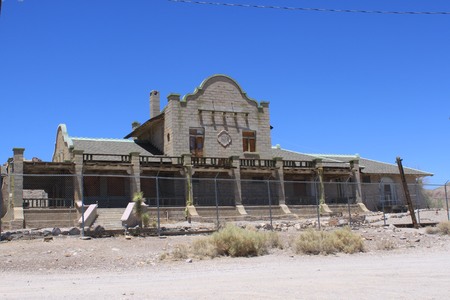 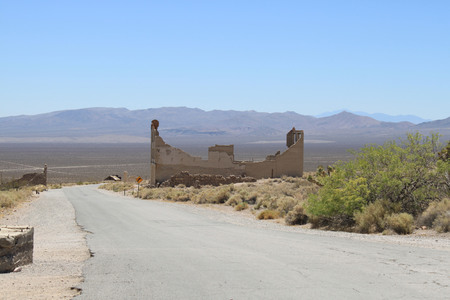 A road no longer leading anywhere

These pictures from the Death Valley collection and those throughout the exhibit tell the story of Aurora and Rhyolite, two mining towns in Nevada that struck it rich, then crumbled back to earth. The following pages tell their story.