Graveyard of Dreams: The Story of Aurora and Rhyolite: Montgomery-Shoshone 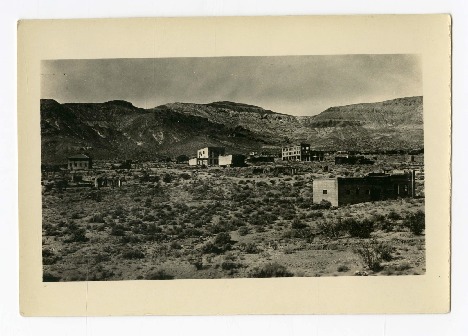 The town wearing down to dust

Bob Montgomery was one of the first investors down on the ground in Rhyolite. He and a few friends staked their claim near Shorty Harris’s original find and quickly found the ore they were seeking. Montgomery, his friends, and Hungry Jo worked together to stake the claims, then Montgomery slowly bought his partners out.[1]

With more and more people flowing into Rhyolite, Montgomery had plenty of people investing in his mine, turning it into the boss mine of the Bullfrog district. With such a fast-growing mine, all sorts of businessmen were attracted to it. One such man, Charles M. Schwab, a steel kingpin from back east, felt the spike of gold fever and made an offer on the mine. Bob Montgomery almost took his offer of one million and just under a half million in stocks until his wife stepped in and said Schwab should pay them two million, one million for Bob and the other million for her.[2]

For such a high-producing mine, Charles Schwab felt that this was more than fair and willingly paid the higher price. With the money Schwab brought to the district and the many boosters who followed him, the town continued to explode.

“Charles M Schwab paid Bob Montgomery 5 million dollars for his mine, but from authentic reports it produced just 1 and ½ mi.”[5]