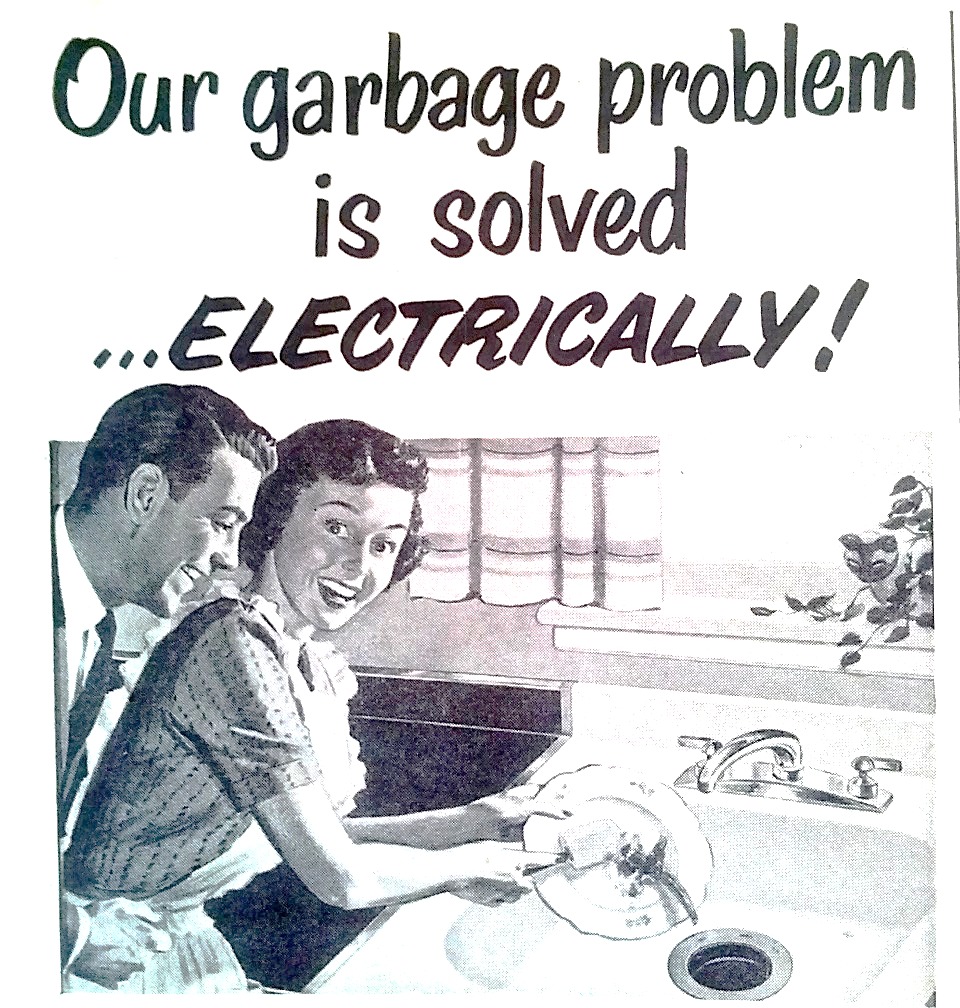 Food and agriculture post World War II is characterized by the complete transformation of how food is grown. Chemical fertilizers hit the market after World War II, when the government realized that leftover ammonium nitrate, originally manufactured for explosives during the war, could be applied to crops as a nitrogen fertilizer. Pesticides had been initially developed for poisonous gases [1].

The persistent dissipation of machinery, along with the development in agricultural chemicals, led to overproduction. The United States was producing so much food that in 1954 the government organized Food for Peace, in which we exported food to impoverished countries, and in 1960 President Johnson declared the “War on Poverty” and attempted to get food to our own low-income citizens [2].

The incredible abundance and low prices meant that, for most of Americans, food was easily acquired, and subsequently, easy to waste.

Here we have a 1950 advertisement for an in-sink garbage disposal. The garbage-disposal and similar technology are important examples of American’s transitioning to a mindset that was not only comfortable with food waste, but actually embraced methods that made it easier and more convenient. These methods perpetuate the out-of-sight-out-of-mind consequences of consumption and waste that still plague us today.