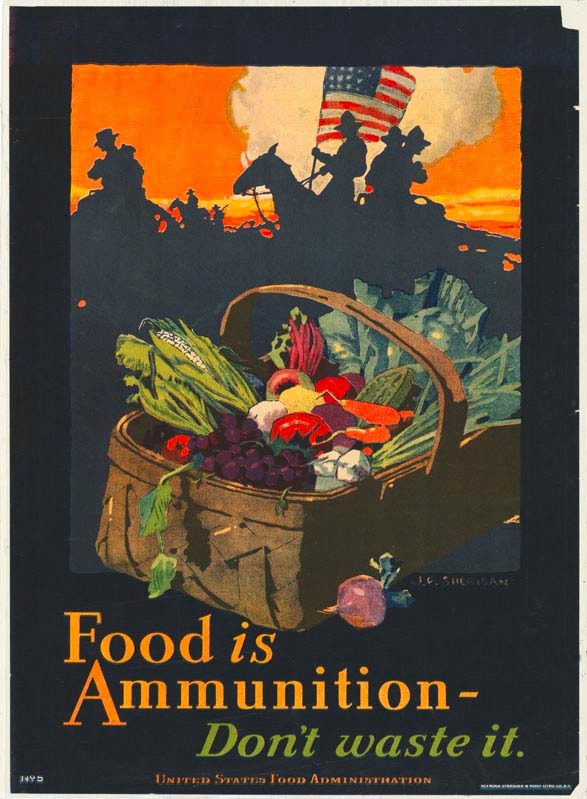 During WWI, American farms were essential for providing the entire Allied forces (Great Britain, France, Russia, Italy, and 20 other countries [1]) with food. When the United States finally joined the Allies in 1917, many farming spaces in Europe, in both Ally and Axis countries, had been transformed into battlegrounds or left unattended as working men and women were called to the line of duty. Constant warfare also made transportation difficult. The US was the Allies’ best hope if soldiers were to have enough food to outlast the Axis powers, which is where the slogan “Food will win the War” was born [2].

The US Food Administration was developed at this time to manage and organize food production and distribution. Because food conservation was purely voluntary, it was portrayed as patriotic. Advertisements most aggressively encouraged the saving of meat, sugar, animal fats, and wheat with promotions like “Meatless Tuesdays” and “Wheatless Wednesdays.” These ingredients could be made into easily preservable and transportable meals, while the public at home was prompted to eat more fresh vegetables and fruits [2].

The campaign proved effective. Between 1918 and 1919, for example, consumption in America was cut back by 15%, and the amount of food shipped to Europe doubled [2]. 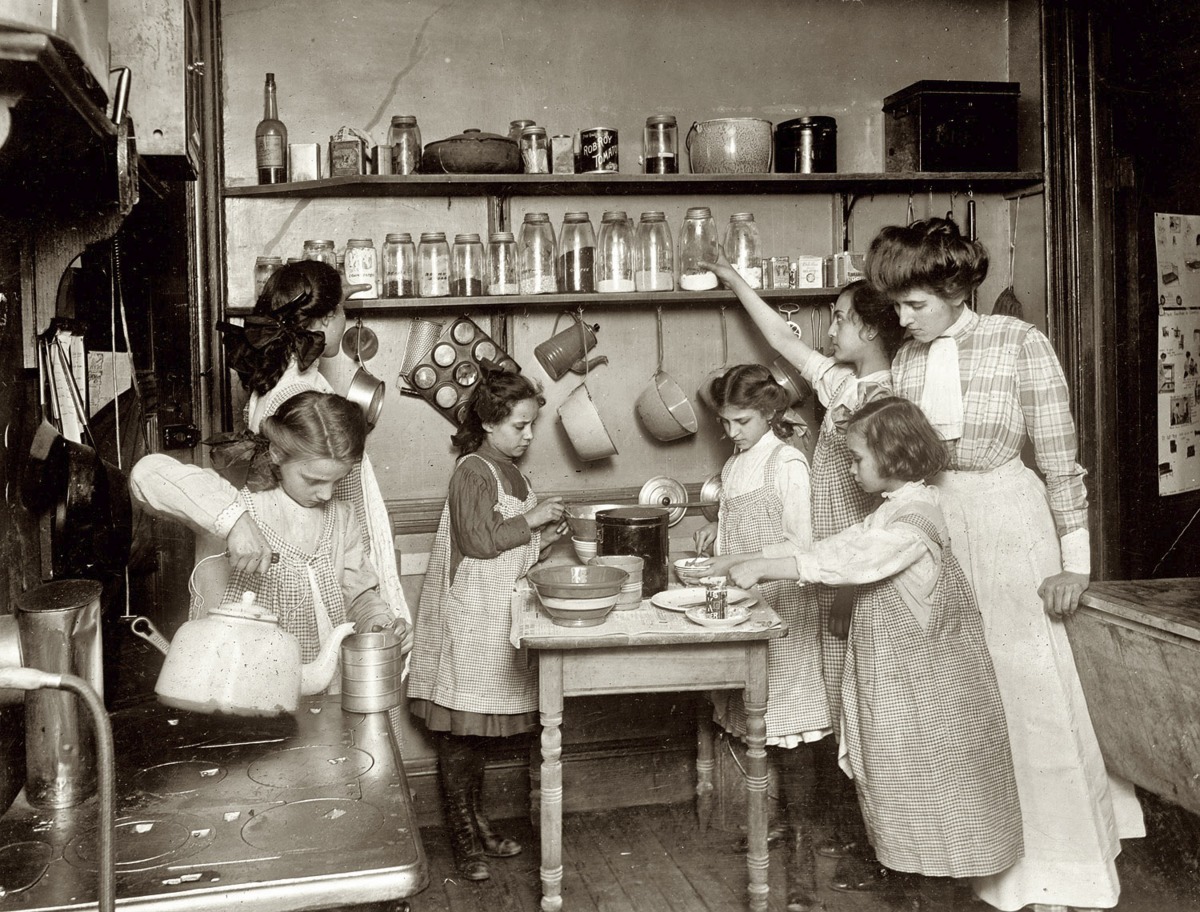 "To help families prepare meals without these former staples, local food boards were established to offer guidance, canning demonstrations and recipes with suitable replacements for the provisions that had become so limited." [1]