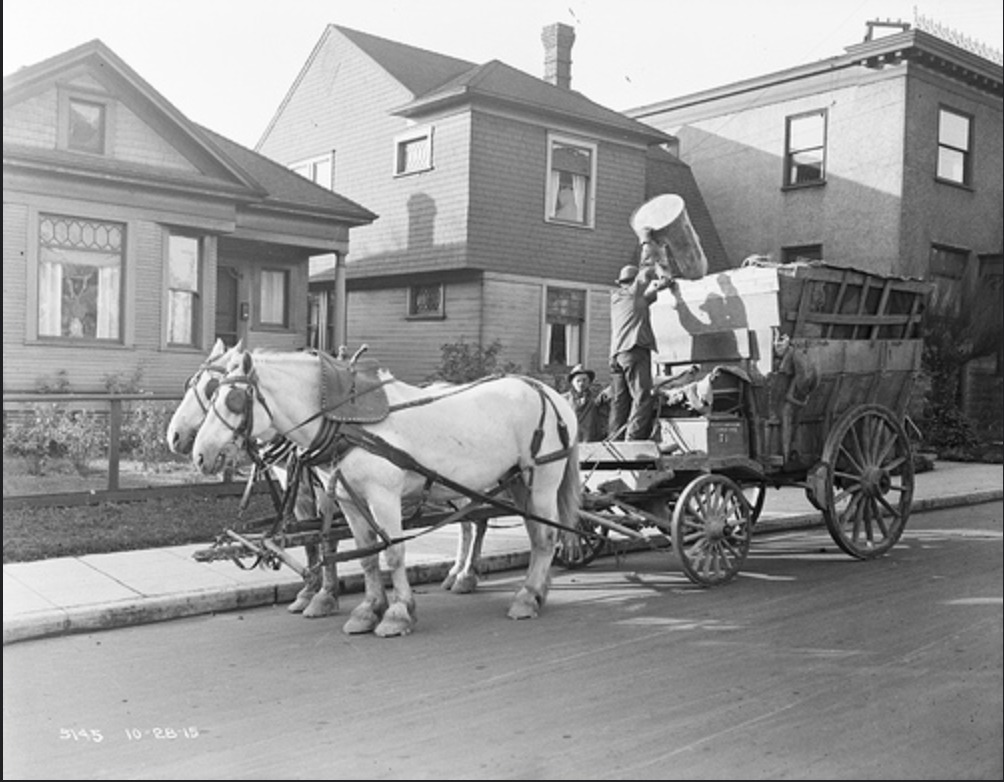 During the late 1800’s and early 1900’s, industrialization and manufactured products drastically changed how Americans consumed food [1]. Food became commercialized and went from farm to table and from to factory to table. Consequently, families started to waste food because it was less expensive and more accessible [2].

As a result, disposing of food on the streets became a serious health problem. In 1866, New York City’s Board of Health issued a war on garbage, "forbidding the “throwing of dead animals, garbage, or ashes into the streets.” [3]

By 1916, Salt Lake City faced similar challenges with uncovered garbage cans that caused disease, filth, accidents, and ugliness to the city’s curb appeal. [4] It was not until the early 1920’s that health officials realized the necessity of proper sanitation and implemented waste removal practices. [4]

During this time, incineration was too expensive; as a result, Salt Lake City actually re-used their waste. To explain, “Using one 'covered nonleakable garbage wagon'… the city transported edible garbage to local animal feed companies; non-edible waste was used as fill in road construction.” [4] 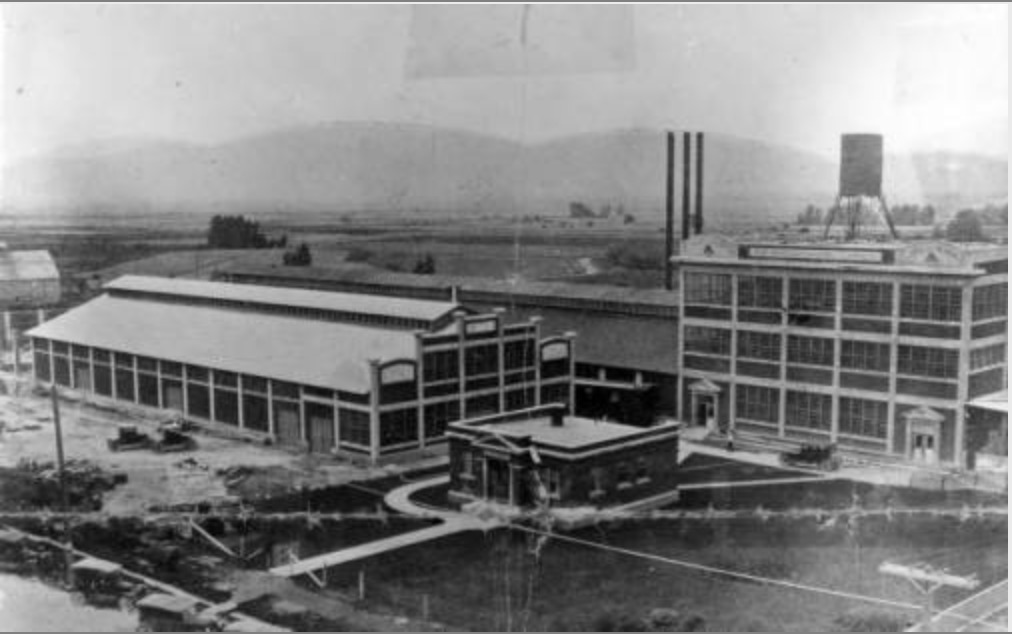 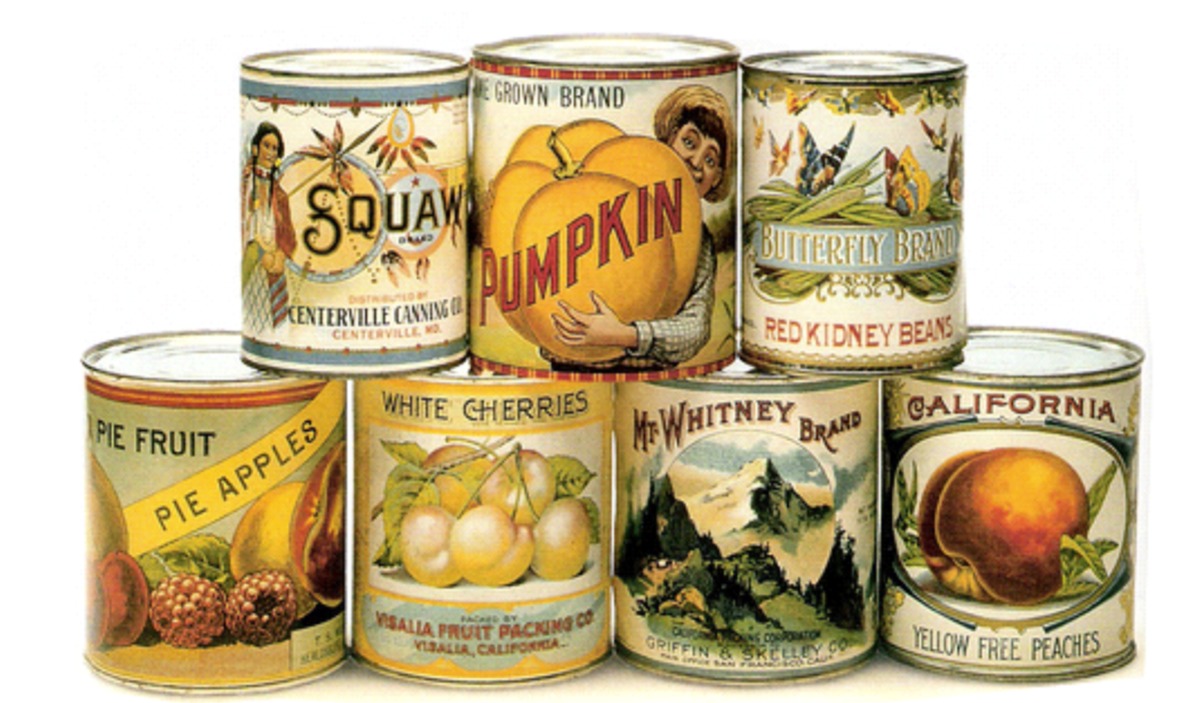 Although industrialization resulted in more food waste, many cities did try to combat the problem through the development of canning. This process was first invented in 1809 by Frenchman Nicolas Appert, who won competition run by Napoleon Bonaparte to create a method of preserving food for the French army. [5]

By 1901, the American Can Company was created in the USA and showcased cans made of tin. These cans were “developed out of much of the same technical achievements as the steam locomotive” and were mass produced in factories [6].

In Smithfield, a factory called the Morgan Canning Company was established during the early 1900’s to produce canned peas. They are the only remaining factory for commercial canning in Utah and are remembered for branding their product as “Those Good Peas.” [7] 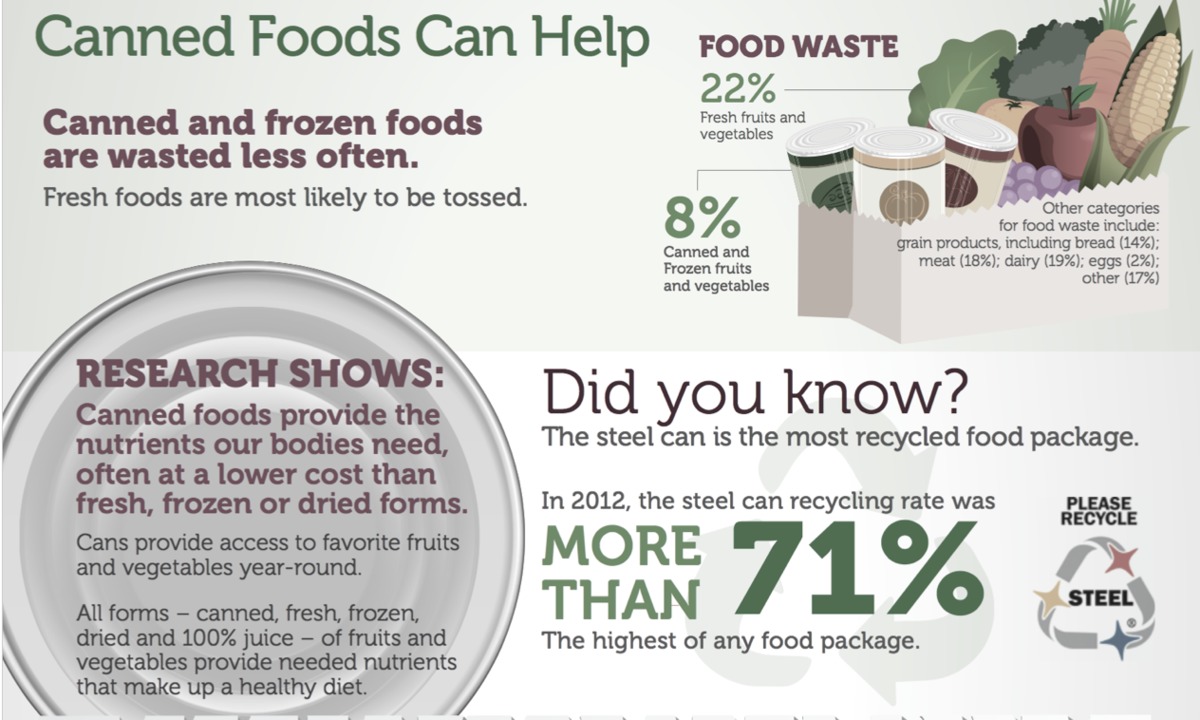 Infographic with facts about canning

The invention of tin cans and factories led to an efficient and easy method of reducing food waste. The food canning process, detailed in the graphic below, simply involves cooking vegetables, placing them in a can, sealing it to lock out bacteria, then heating and cooling the can to destroy any remaining bacteria. [8]

Canning substantially reduces food waste because vegetables have a longer shelf life after they are canned. For example, canned cut fruit can last 1-2 years unopened and 7 days opened in the refrigerator. [9] Fresh fruit, such as an apple, lasts 2-4 weeks in a pantry, 1-2 months in a refrigerator, and only an hour outside the refrigerator if cut. [10]

1. Nunley, M. (2013). From Farm to Fork to Landfill: Food Waste and Consumption in America. Pitzer College. Retrieved from http://scholarship.claremont.edu/cgi/viewcontent.cgi?article=1032&context=pitzer_theses

5. History of the Can: An Interactive Timeline.  (2013). Can Manufacturers Institute. Retrieved from  AN http://www.cancentral.com/can-stats/history-of-the-can

9.  How Long Does Canned Fruit Last? (2012). EatByDate. Retrieved from http://www.eatbydate.com/fruits/canned-fruit-shelf-life-expiration-date/