Every Step a Novel: Life in Kakuma 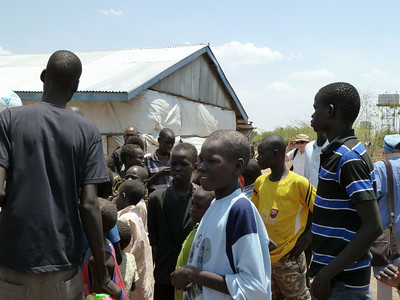 Kenya hosts some of the world’s largest refugee camps. With the conflicts in Sudan, Somalia, and elsewhere in East Africa in the 1980s and early 1990s, Kenya began to work with the international community to create camps for the influx of refugees. Between 1994 and 1997, Kenya consolidated the various refugee camps into two major camps: Dadaab, in central-eastern Kenya, and Kakuma, in the northwest, near the borders of Uganda and Sudan.[34]

As most of our contributors spent some time in Kakuma camp, we will explore what life was like for Somali refugees there. 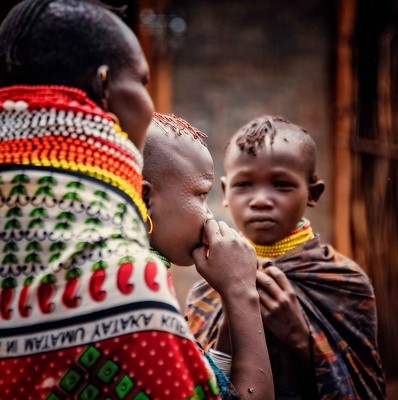 Despite the fact that it sees thousands of visitors from various countries annually, Kakuma is not an ideal vacation spot. The temperatures can reach 40 C° (104 F°) and only drop to the 30 C° (87 F° and up) some nights. The desert landscape is home to various venomous creatures, including scorpions, spiders, and snakes.[35] The Turkana people, nomadic pastoralists, call the Turkana region of Kenya home. Historically, the Turkana have had little representation in, or aid from, the Kenyan government.[36] It was particularly difficult for the Turkana to see refugees settled on their land and given food, where the Turkana themselves had historically received so little aid.[37] Not surprisingly, this new dynamic led to both conflict and cooperation between the refugees and the Turkana.

Even before arriving at Kakuma camp, Aydrus had heard rumors of the violence of Kakuma, a distant camp built in the land of nomadic cannibals.  While the rumors of cannibalism among the Turkana were not true, the violence certainly was. Kakuma camp was and is a violent place. Although conditions have improved since the early days of the camp, the United Nations High Commissioner for Refugees (UNHCR) report on the left paints a good picture of what life was like in the camp in March 1998.

Life in Kakuma was difficult. Listen to Aydrus's account of some of the hardships of Kakuma camp, including when he was shot.