Every Step a Novel: Life in America

“I believed if I just went to America, I would make tons of money. I even believed that once I stayed there for three months, once I accumulate three or four million, I would just return [home]. And this was something they made people believe…[Americans] exaggerate everything.”–Omar, Quoted in Cawo Abdi’s book, Elusive Jannah, pg. 171. 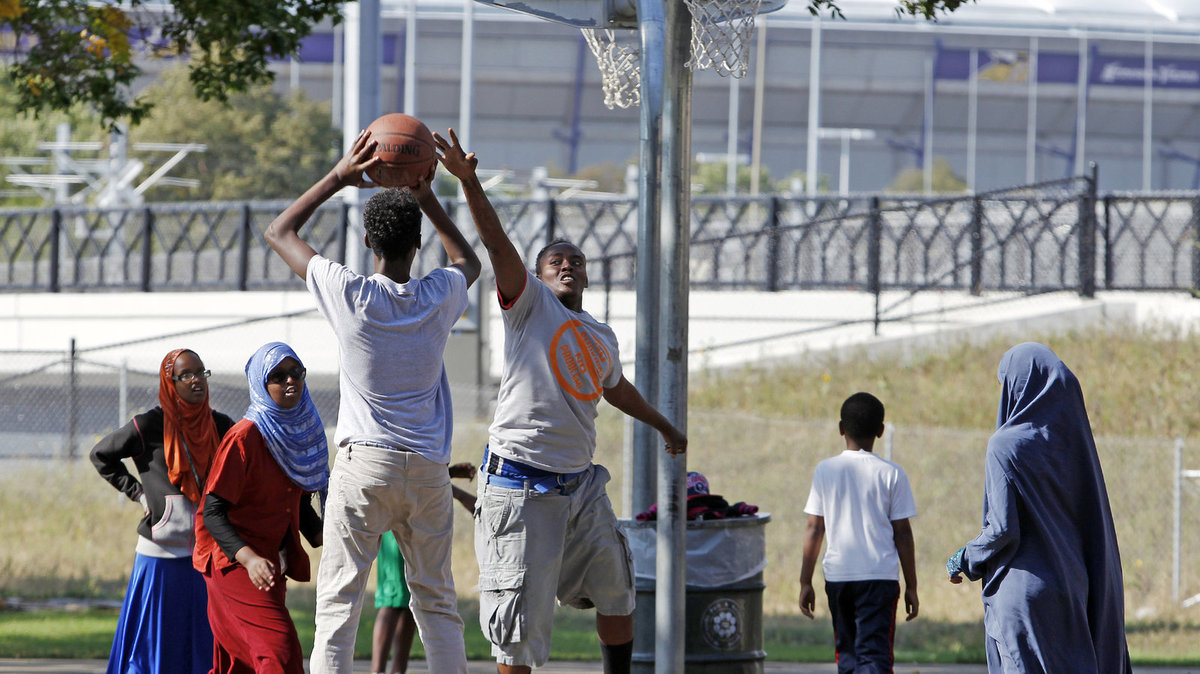 The transition from Kenya to the United States can be a difficult one. Aydrus, like other refugees who are resettled, was given a three-day orientation in the camp, which included some basics of living in America, such as how to take a shower with a showerhead, and how to use a flush toilet. He recalled wishing he would have been given more information about American culture, and knowing that after only a few months of aid, how hard he would have to work to provide for himself.

Refugees who are resettled get some help from nine voluntary organizations, also known as VOLAGs. VOLAGs provide an essential service for incoming refugees, helping them navigate the complexities of resettlement in America, including housing, transportation, food and employment.  But VOLAGs are only responsible for helping refugees for their first ninety days in the country. After that refugees have to rely on other sources of help, including family networks and other non-profits.[45] Life immediately after being dropped by a VOLAG can be particularly difficult.

You can learn more about the VOLAGs here.

In spite of the difficulties that arriving Somalis face, there are many organizations and people who aid the arriving refugees, with many in the Salt Lake Area alone. Aden's family was given a very warm welcome in Utah, with a home and ready-to-eat food waiting for them when they arrived. They were also resettled close to family who had come to the United States previously, so in spite of the difficulties, they had some connections to fall back on.

Abdulkhaliq, resettled in Nashville, did not feel very supported when he arrived. Listen to his experience below.

Here is Abdulkhaliq's recollection of school when he first arrived. What challenges did he face? How did he handle them? What could have made his arrival easier?