Every Step a Novel: Being Muslim in Utah 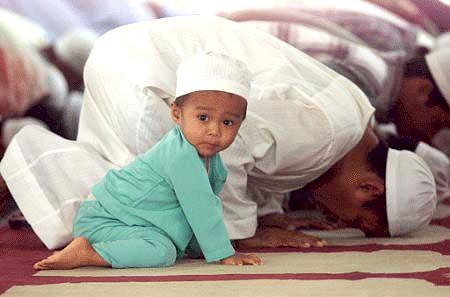 Muslims praying (except for the child who is watching the camera). Photo Credit: Bismika Allahuma

Like Christianity, Islam is a diverse religion with many different interpretations and practices. Somalis entering the United States not only faced the challenge of integration within American society, but also the challenge of integration into a larger Islamic fabric, with people from all over the world. Our contributors often emphasized the unity and harmony between all Muslims, but they also acknowledged that there could be challenges in dealing with different interpretations of their faith. Additionally, Muslims in America have had to deal with the prejudices, misunderstandings, and surveillance, especially since September, 2011.[47] 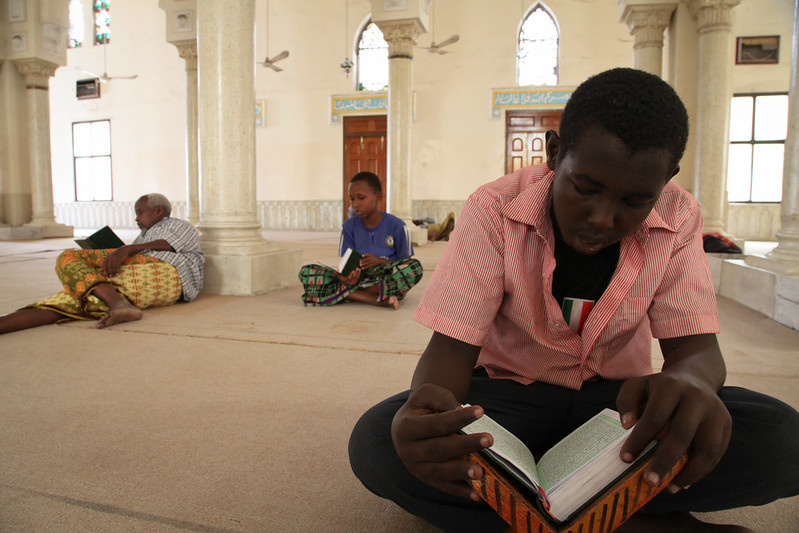 A boy reads the Quran in a mosque in Mogadishu, Somalia.

This means Somalis in America can be in a challenging religious position. They arrived in a country where many of the natives, and particularly the nativists, distrust Islam.[48]  On the other hand, there are many who reach out to help, serve, and welcome their new neighbors. [49] Despite these challenges, our contributors emphasized positive interfaith relations and experiences, especially in Utah.