Every Step a Novel: Work and School 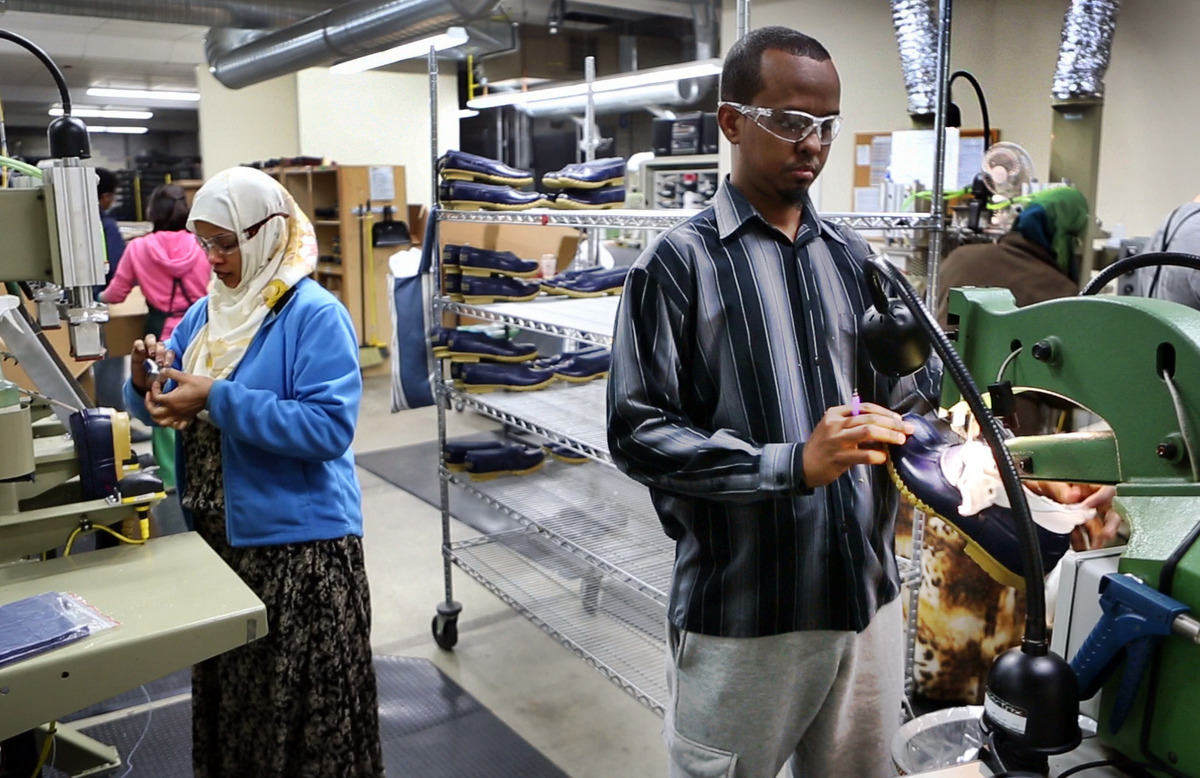 A Somali refugee trims the bottom of a boot in a factory in Lewiston, Maine. Photo credit: AP/Robert F. Bukaty

Adjusting to work culture in America can be difficult for Somali and other refugees. Orientation in Africa sometimes taught outgoing refugees to take whatever job that they could find, and that one job was not going to be enough.[46]

Ismael’s work included the unpaid task of helping his family meet their obligations and appointments. He would work the late shift, arriving home past midnight, then rising before four AM to drive his father to his job. He was the only one in his family who spoke English, so he had to drop out of school in order to help his family with their obligations.

Abdirizak runs an NGO helping Somalis with things like employment. He noted that newly arrived Somali men need work that doesn’t require high English proficiency, such as warehouse work. He also said that Somali women have a harder time finding work, as employers do not always cater to their religious dress and the jobs they would like to do require English proficiency.

As Aden, Ali, and Osman expressed on the previous page, being able to work and support themselves and their families again was very rewarding. 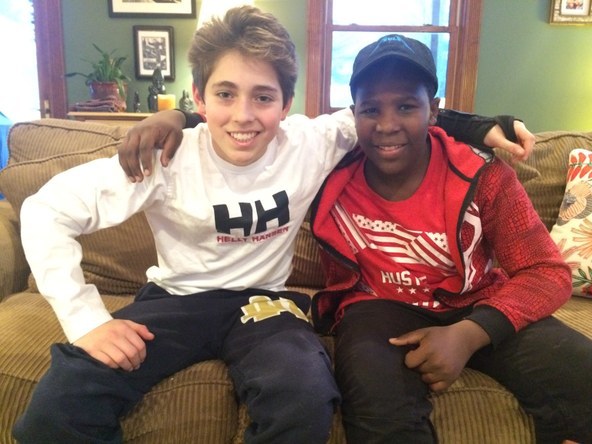 A Somali refugee and his friend in Vermont. Image courtesy of KRCW.

School can be challenging for refugees. Abdulkhaliq was fourteen when his family was resettled in Nashville. He did not speak English, had not attended any school but Quranic school in Kenya, but was still placed in ninth grade, according to his age. He struggled immensely with school, not getting the attention or help he deserved. At one point, his family considered returning to Kenya, because life was so difficult in Nashville.

Yussuf, who works with youth, stressed the importance of good friends for students: "your friend is a good person, who encouraged you, who tells you do to good. He's going to motivate you. Try to make good friends, you know? We need friends, right? Nobody can stay in the world without friend."