Every Step a Novel: Somali History

While many Americans know that Somali has been unstable for a long period of time, few know the history that led up to the Somali Civil War and the problems that have troubled Somalia since. Over the next few pages, explore the history of Somali, and learn what factors led our contributors to leave Somalia. 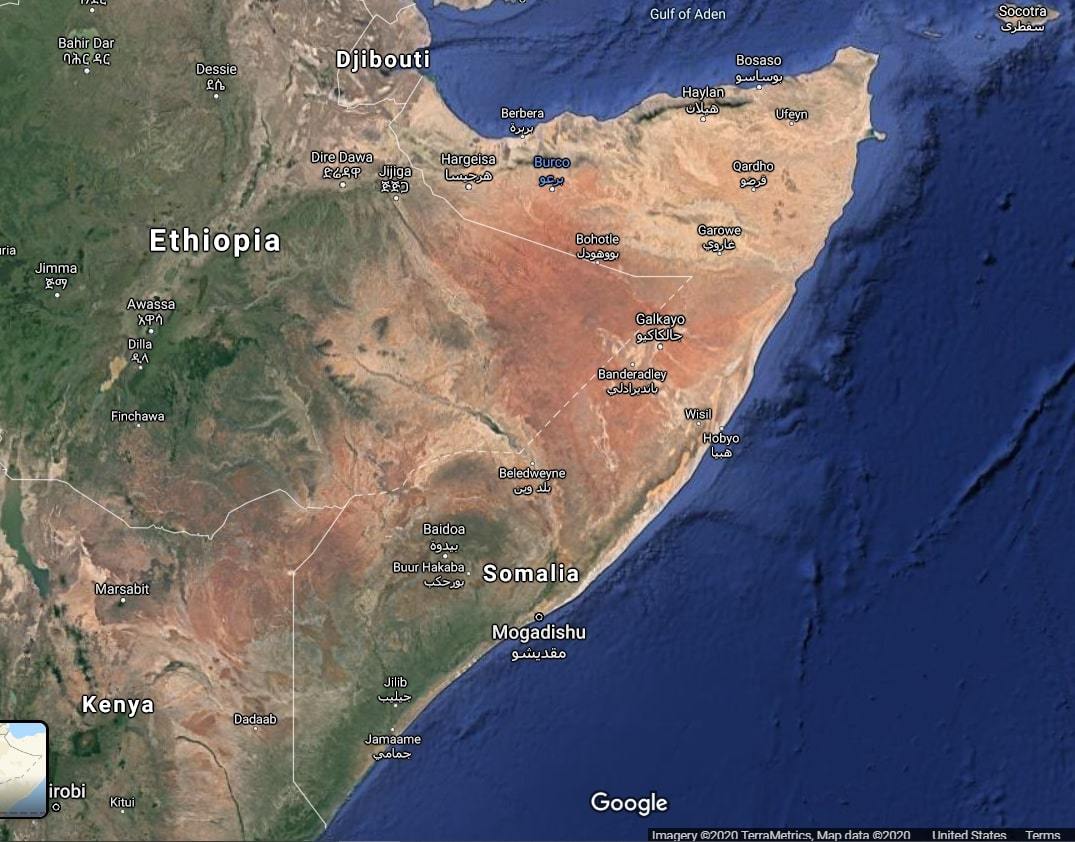 As you can see, Somalia has a lot of coastline. How might this have shaped Somali interactions historically? Photo Credit: Google maps

GEOGRAPHY: Somalia is part of the Horn of Africa, bordering Kenya, Ethiopia, and Djibouti, with 1,800 miles of coastline along the Indian Ocean.[1] The Somali peoples also traditionally occupied lands that now belong to these modern-day neighbors.[2] Because of Somalia’s coastal location, Somalis historically had contact with many other peoples, including the Arab peoples from the nearby Arabian Gulf.[3]

"My grandfather, he come from Yemen, originally, to Somalia. Many years ago. Two hundred years, I think." -Ali 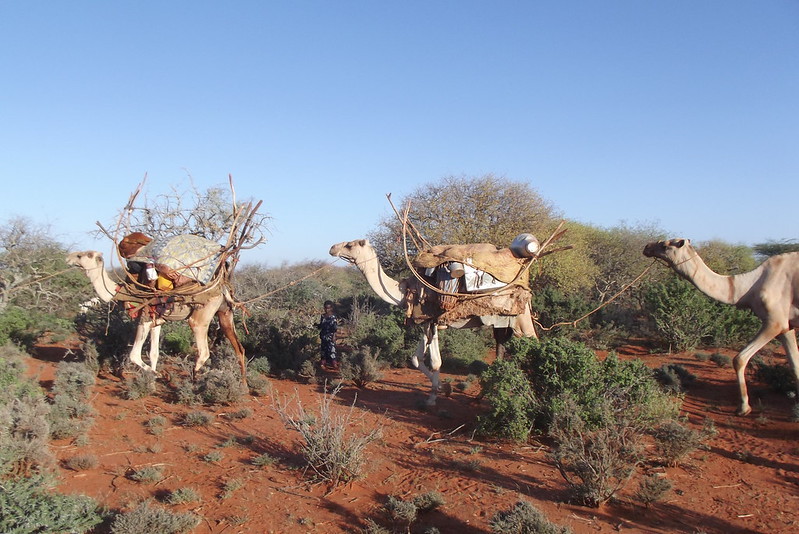 Somalia's dry lands make it difficult to farm most of the country. According to Anthropologist I.M. Lewis, as recently as 2008, as much as 60 or 70 percent of Somalis in Somalia live nomadic lifestyles or have ties to nomadic life. Photo Credit: Gashaamo.

PASTORALISM: Because most of Somalia is not conducive to farming, Somalis historically have largely been nomadic pastoralists, raising animals such as sheep, goats, and camels, moving regularly as seasons and needs change.[4] Robert Sapolsky, professor of biology and neurology at Stanford, has argued that pastoral life often necessitates a martial culture of honor, as, traditionally, docile nomads who did not defend the theft of one camel would quickly find that they will be deprived of their whole herd by neighbors who see an opportunity.[5] 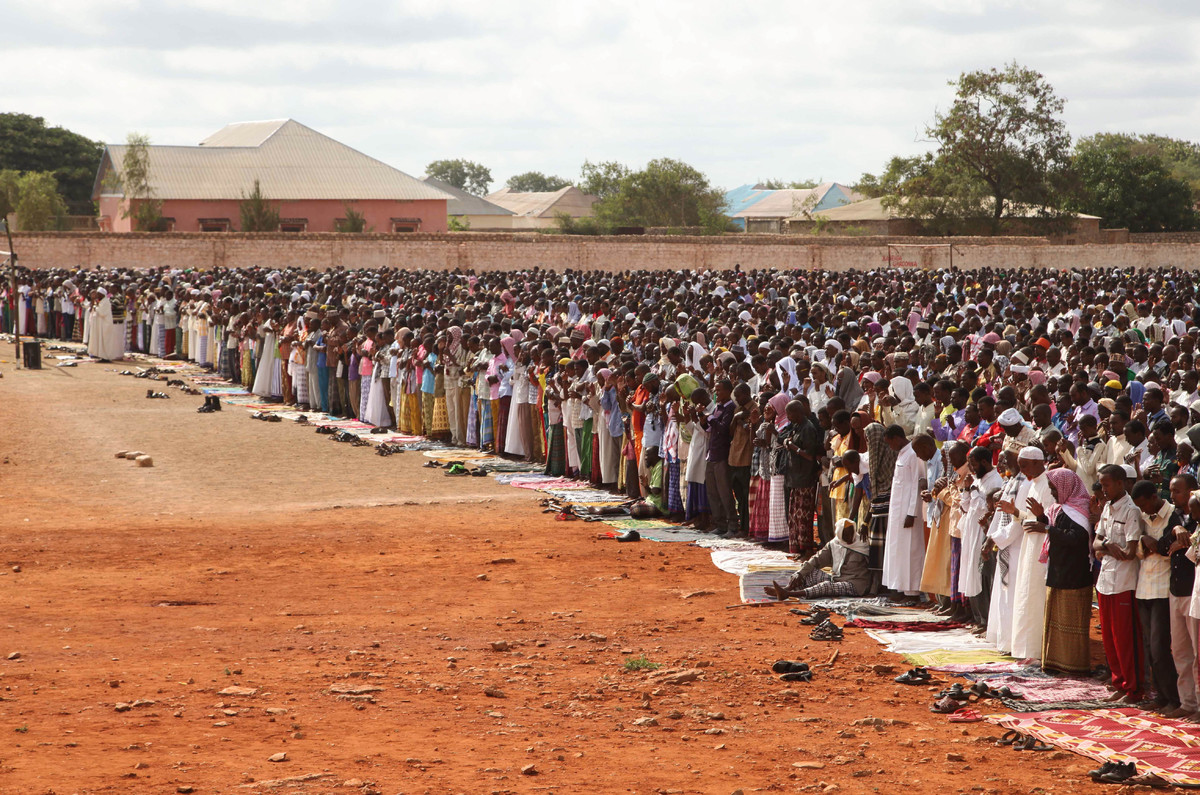 Somalis in Baidoa praying during Eid al-Fitr, the day that ends the Ramadan fast.

RELIGION: There is a long history of Arab settlement and trade in Somalia, resulting in a strong sense of Arab identity and early conversions to Islam among the Somali peoples, most of whom (99.8%) identify as Sunni Muslims today.[6] Islamic values and phrases permeate Somali society, including Islamic greetings, folkways, mores, values, and identity.[7] Islam is thus something most Somalis have in common.

"The Muslim religion is always brotherhood and sisterhood. You may see people praying together, they don’t know each other. And they will talk like they’ve known you forever." -Aydrus 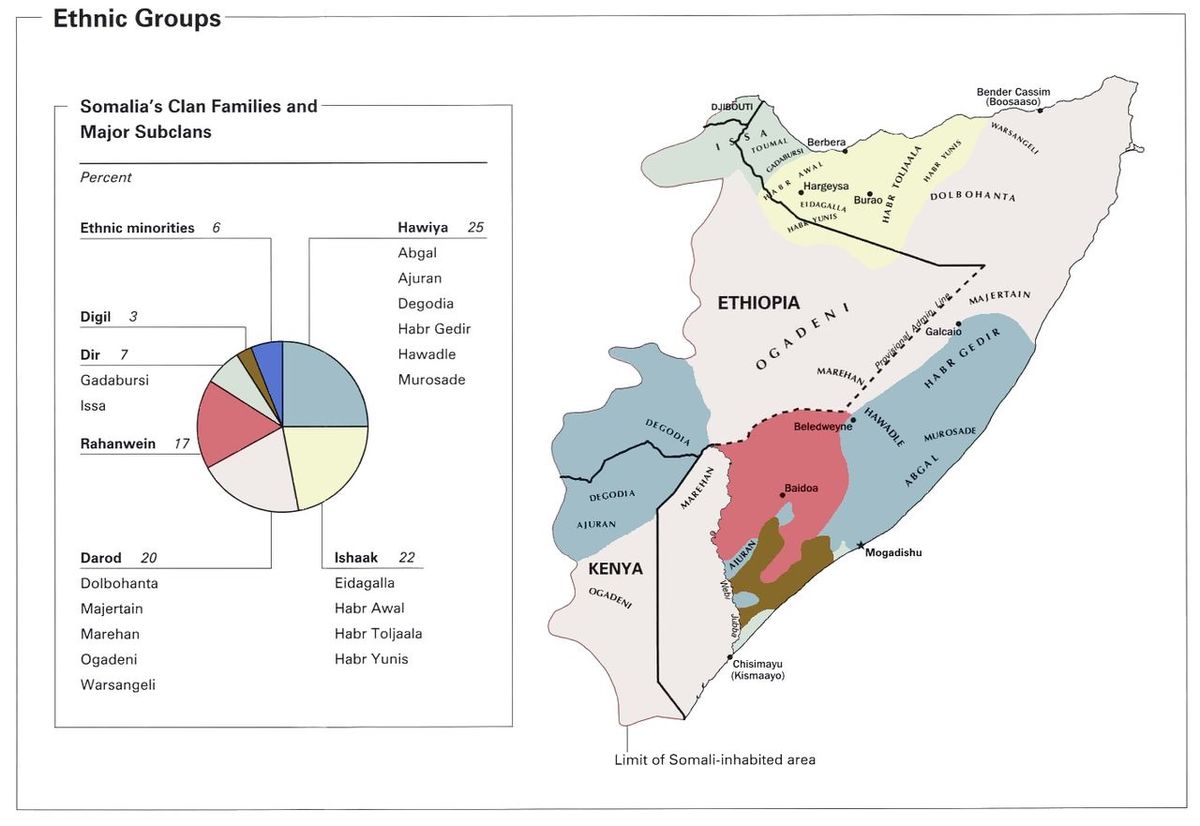 CLANS: Somali society is traditionally divided into clans, or family groups, ranging from large major clans including the Darod, Isaaq and Hawiye, and smaller, sub-clans such as the Ogaden and the Ayr.[8] Clan interests have acted as a dividing force in Somali politics, and many modern grievances in Somalia are tied to clans and the shifting alliances and enmities between them.[9] When the 1991 war broke out, many outside observers blamed the events on long simmering tension between clans that had finally come to a head.[10] The meaning and influence of clans is not that simple, however, and as we will see, there are many other factors that led to Somalia's civil war. 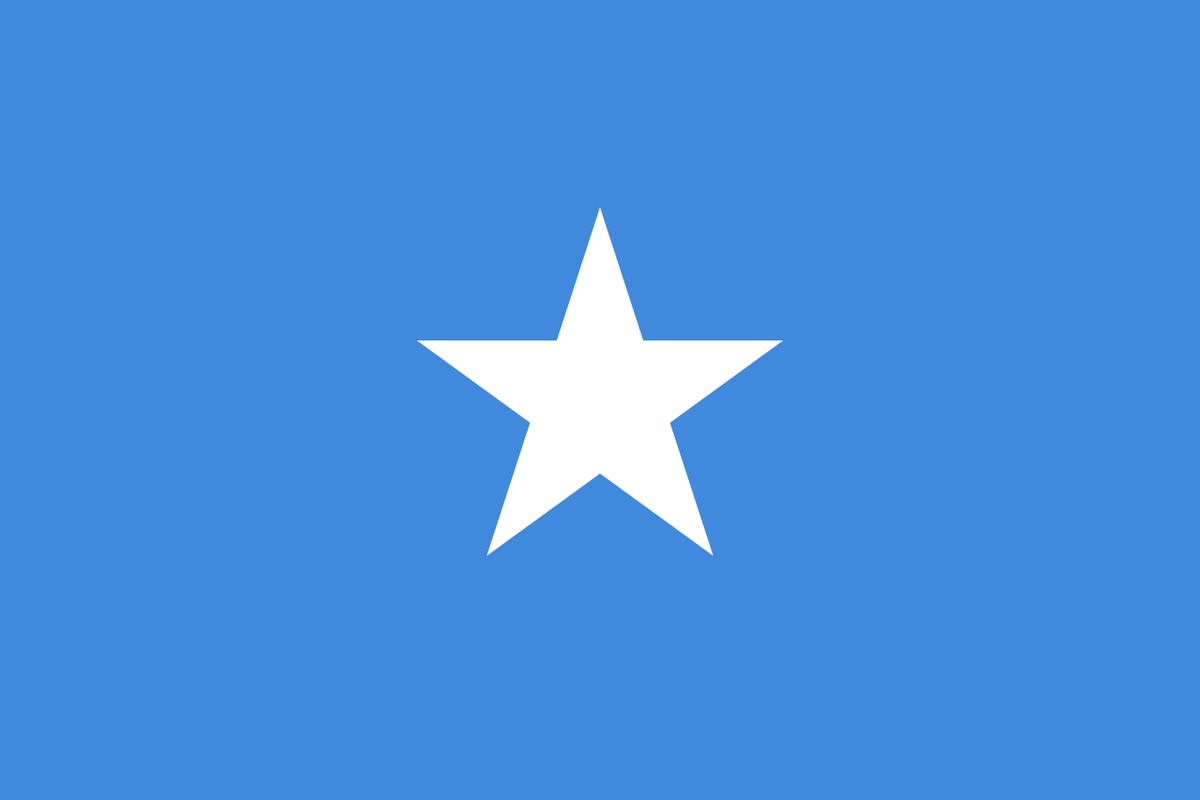 Somalia's flag. The five points of the star represent the idea of a united greater Somalia.

NATIONAL IDENTITY: There are other important aspects of Somali identity beyond clan identity, and many things that Somalis have in common. Somalia is largely homogenous in terms of ethnicity, language, and religion. Although there are notable minority groups in Somalia, including the Somali Bajuni, the Benadiri, and the Somali-Bantu, most people living in the country identify as Somalis, speak Somali, and practice Shafi’i interpretations of Sunni Islam that have traditionally allowed for Sufi practices as well.[11] Historian Lee Cassanelli observed that by 1900, Somalia was perhaps the only modern Africa nation which had a nascent sense of its nationhood.[12] 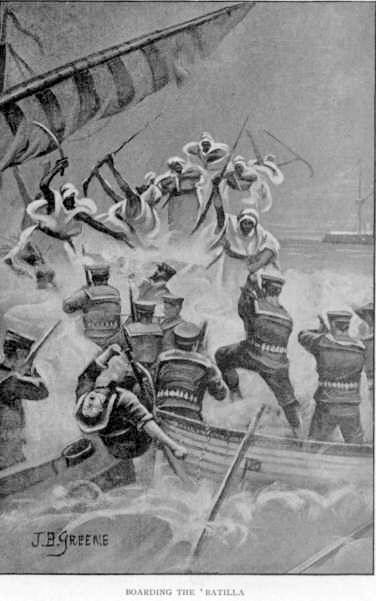 Opposition to colonialism united Somalis across multiple clans. This illustration shows a conflict between Somali dervishes and British sailors.

COLONIAL HISTORY: More recent clan conflict can be largely traced to the colonial period. The late 1800s saw the Somali homelands divided between Great Britain, Italy, France, and Ethiopia.[13] Somali attitudes to the invaders was varied and ranged between everything from cooperation to armed conflict. The most famous figure of Somali resistance, Shaykh Muhammad Abdullah Hassan (called the Mad Mullah by the British), led a twenty-one-year war of resistance against the various colonial overlords, uniting Somalis across various clans and social strata to the cause of his dervishes.[14] For this reason, Shaykh Muhammad Abdullah Hassan is considered by some to be the father of Somali nationalism.[15] 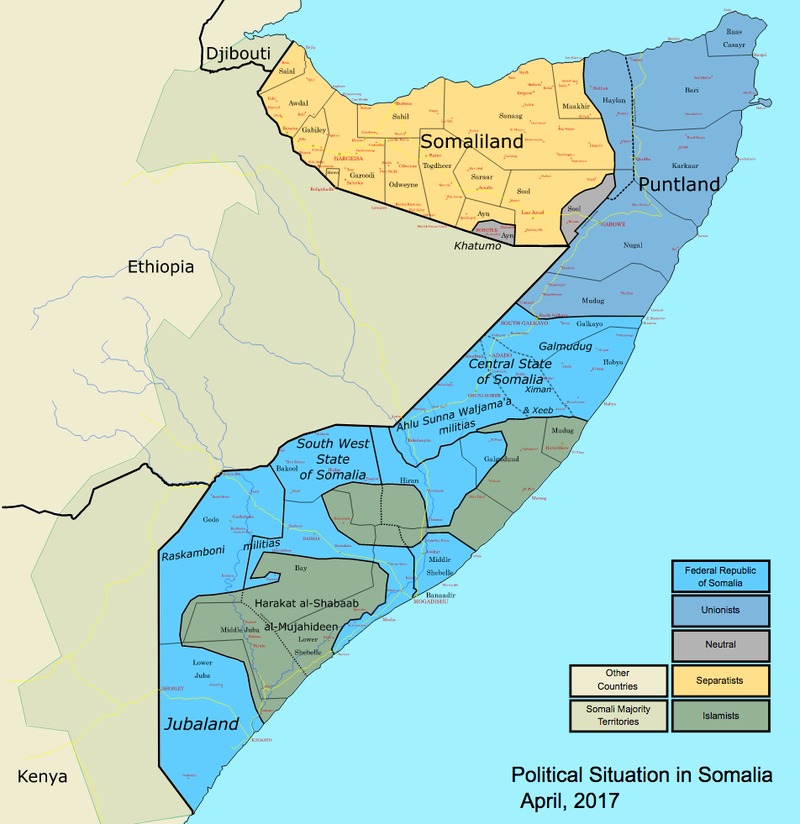 COLONIAL LEGACY: Clan identity was the only legal Somali identity that the European powers recognized, thus reinforcing the importance of the clan as an identifying factor. Clans were punished as a whole for actions of individuals. This was the legacy that newly independent Somalia would inherit from its colonial overlords.[16] The sections of the Somali lands that would later reunite to form the current state of Somalia were British-controlled Somaliland in the north and Italian Somalia in the south.[17] 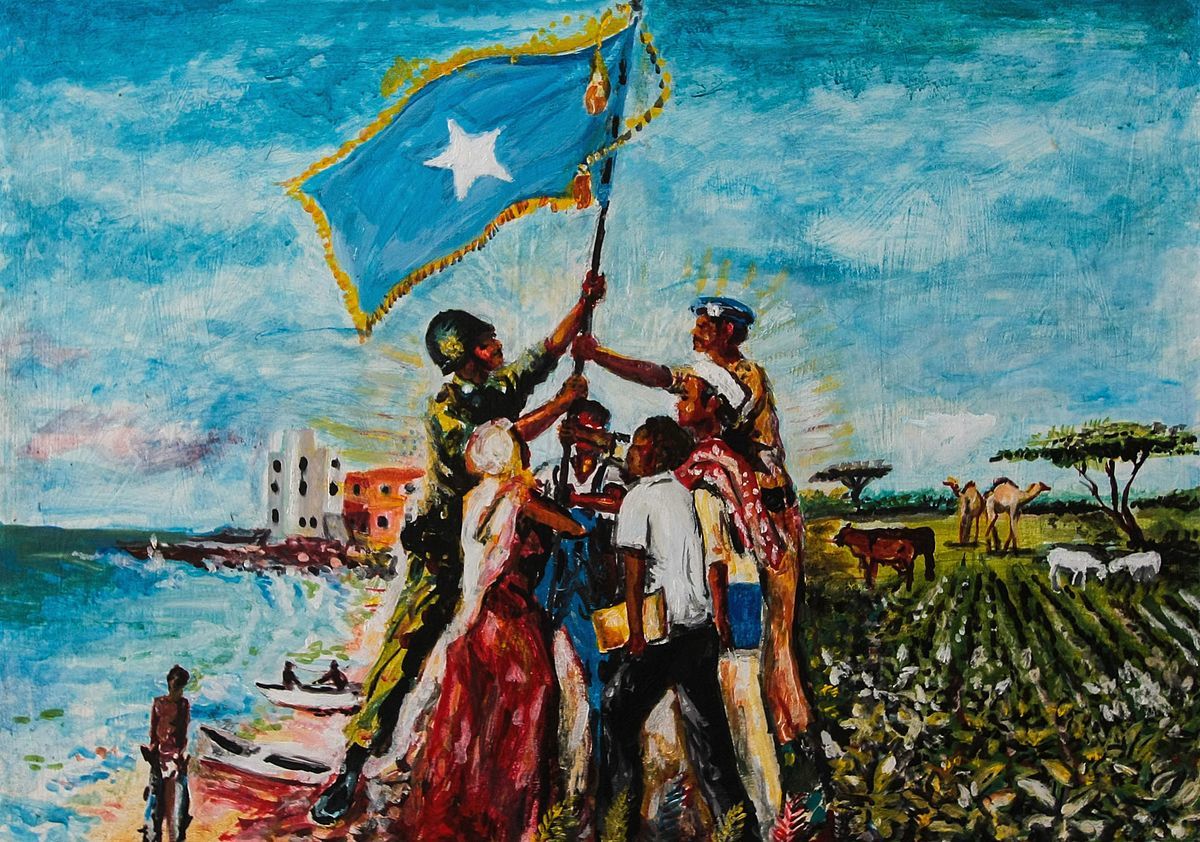 A Somali artist's depiction of national unity in a painting with women, children, traditional elders, police and soldiers all helping to raise the Somali flag together.

INDEPENDENCE: As the Colonial period of Africa neared its end, Italian Somalia and British Somaliland were granted their indepedence. The decided to merge on July 1, 1960. [18] As Historian Raphael Njoku observed, this merger was an extraordinary act of compromise by the political elite of the two former colonies, as the colonial powers left behind very different structures, including language, and schooling.[19] The coming together of the two former colonies seemed to bode well for united Somali nationalism. The new government was intent on restoring the rest of Somali lands to Somalia, but were unsuccessful in persuading the French, Kenyan and Ethiopian governments to restore them.[20]

"It was not a rich country, but the country was very nice, have one of the best, beautiful beaches in the world. Yeah, it was a very nice country. Somalia had nine years of democracy that people elected their own leaders, their own parliament, representation. It was the people’s choice at that time." -Osman