Every Step a Novel: Civil War and International Intervention 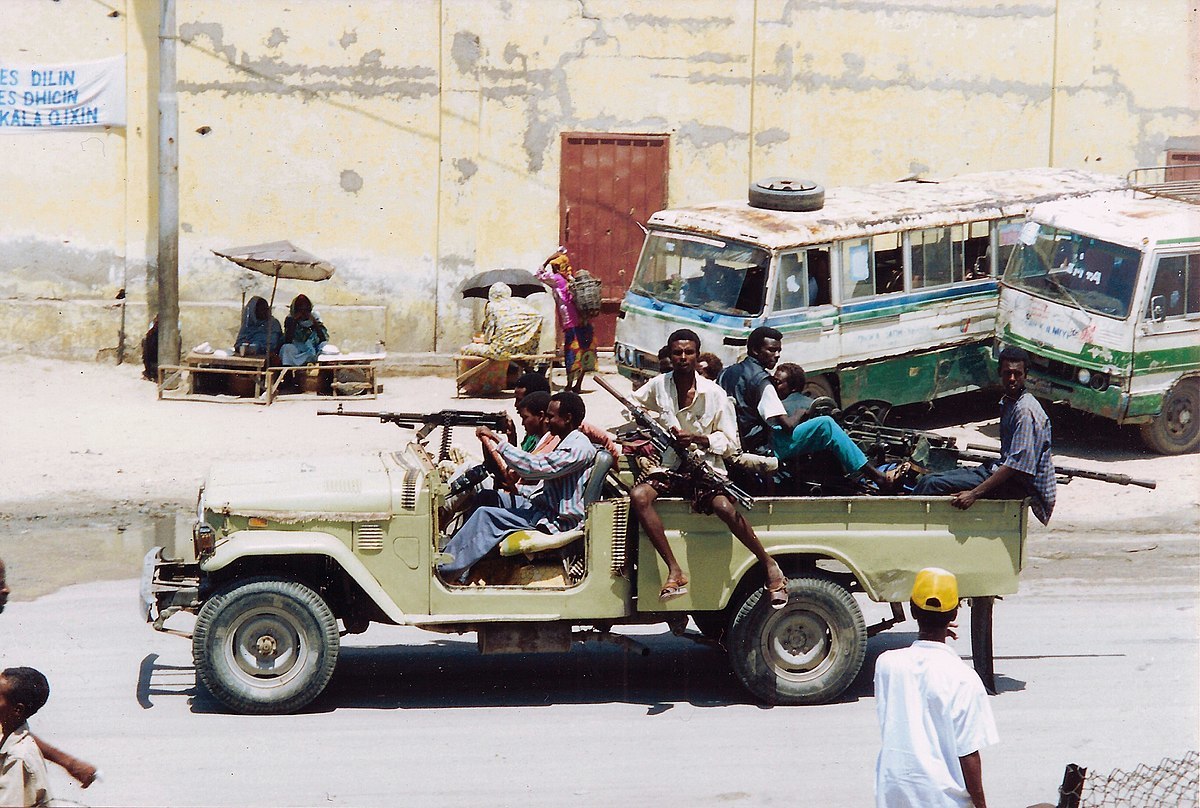 The divided clan militias that emerged from the imbroglio Barre’s regime had created invaded Mogadishu and elsewhere in the south, and ‘clan’ violence was now the order of the day in the early 1990s. It is important to note that this was not simply clans fighting clans, but warlords organizing “people to commit violence in the name of the clan.”[29] As warlords scrambled to gain the upper hand and claim leadership of the country, Somalia, especially the capital, Mogadishu, became a quagmire of violence.[30]

The violence was compounded with a terrible famine. By 1992, when the international community decided to intervene and send aid, 20% of the children under five in Somalia had died due to the conditions.[31]

With the onset of the civil war, northern Somalia, formerly British Somaliland, having gotten the short end things during most of the Barre regime, and seeing the situation in Mogadishu, decided to declare their independence as Somaliland again.[32] Many of those in the south were left with few reasonable choices. They could either risk life with conditions as they were, ally themselves with a local clan power to try to get some protection, or they could choose to flee. 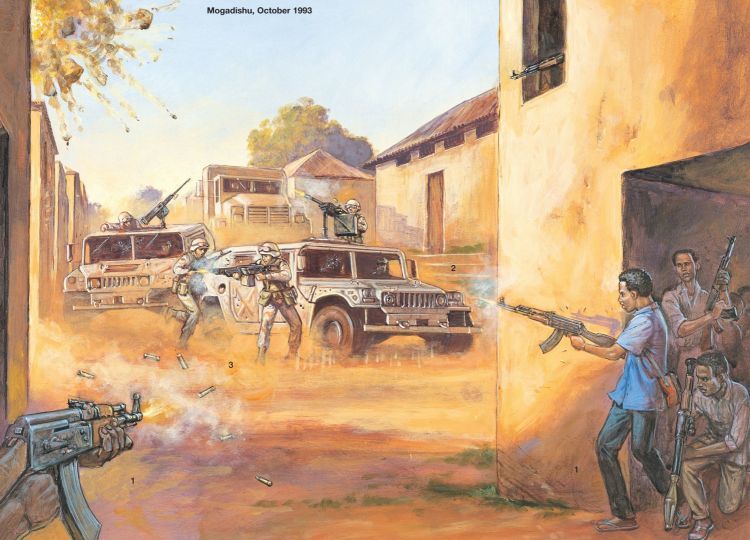 A drawing of the Battle of Mogadishu, which took place October 3rd and 4th, 1993. Image Credit: Michael Welpy/Osprey Publishing.

As the violence and famine continued to plague Somalia, the international community intervened did send an aid mission, later authorizing the deployment of security forces on March 3, 1992. By December of 1992, the United States had joined the mission, Operation Restore Hope. The mission was plagued with problems and misunderstandings from the beginning. Things got progressively worse, culminating on October 3rd, 1993 in what is known as “The Day of the Ranger” in Somalia, where clan militias clashed with US forces. “A total of 18 U.S. Soldiers died on the Day of the Ranger, and dozens more were injured. Somali casualties were conservatively estimated at 500 dead and 1,000 injured.”[33]