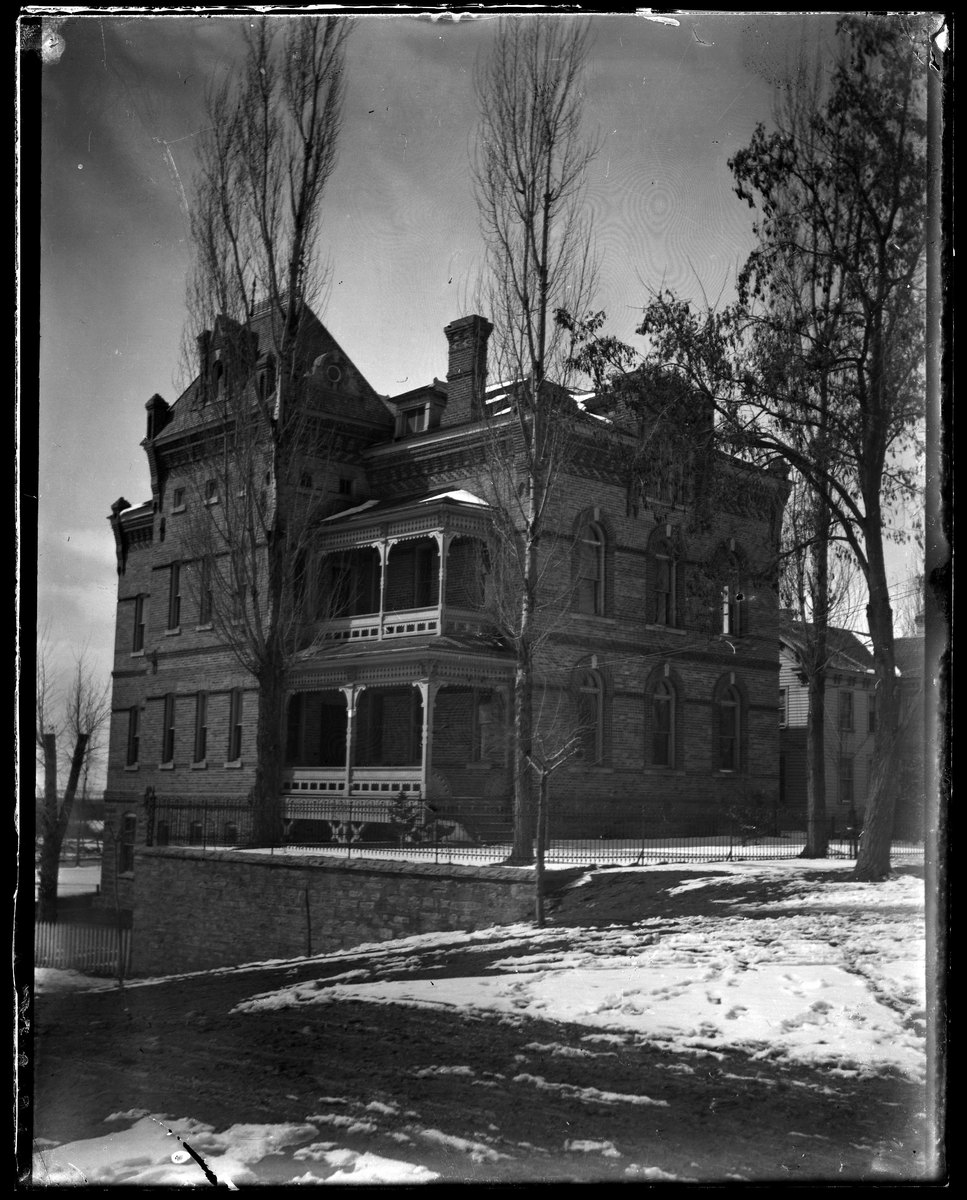 Construction on the BYC’s first building, the East Building, began in the spring of 1883 and ended in 1884. The school held a dedication ceremony for the building on January 1, 1885, on the second floor of the new facilities. Attending were a number of local LDS bishops and ward representatives, each of whom was present by special invitation. Wilford Woodruff, a member of the First Presidency of the Mormon church, Moses Thatcher, apostle in the Mormon church, W. B. Preston, presiding bishop of the Mormon church, Professor Karl G. Maeser, principal of Brigham Young Academy (later Brigham Young University) in Provo, and several members of the board of trustees and faculty of BYC were all in attendance.

The East Building measured 36 feet by 70 feet and featured a tower on the front of the building, along the east side. The building had four stories plus a basement. The dining room and kitchen were located on the first floor, which also boasted modern indoor lavatories with hot and cold running water and separate bathrooms for the male and female students.

A museum was also located in this building. Students, faculty, and friends were asked to donate fossils, ores, animals, and relics to the museum. A special plea went out to the church missionaries, who were sent all over the world, to send specimens collected during their travels.

A BYC Bulletin described the building as “the handsomest, most convenient, and best educational building in the Territory” and cited the total cost of the construction at $35,000. 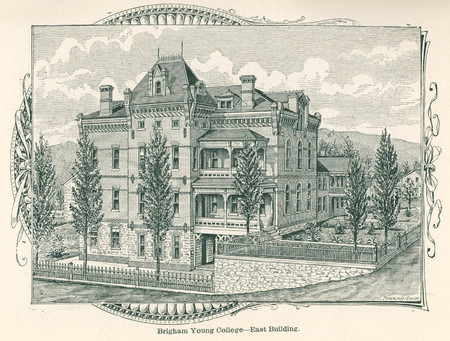 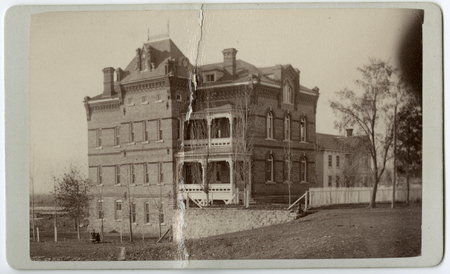 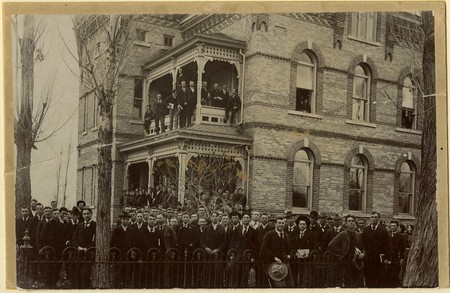 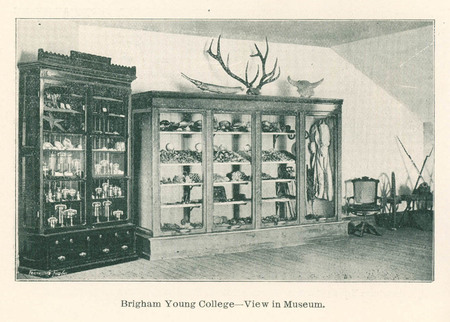 Museum located in the East Building