The Closing of BYC 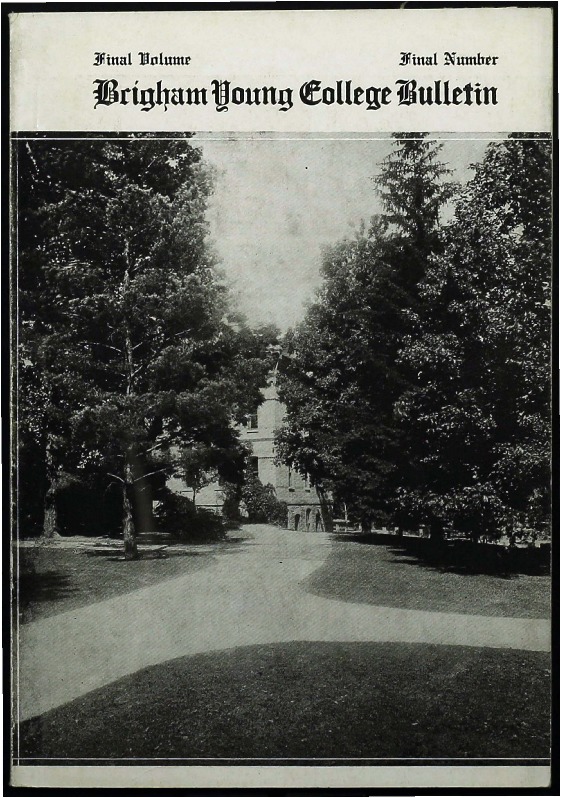 On March 31, 1926, Adam S. Bennion, superintendent of LDS Church Schools, arrived in Logan to attend a meeting with the BYC Board of Trustees. It was at this meeting that Bennion announced the church’s decision to close BYC after the completion of this school year. The curriculum had been cut in recent years from four years of collegiate training to only two years and there was a teacher surplus in the state with many qualified teachers unable to obtain positions. There are a number of factors that contributed to the closure of BYC, however, most notable was the school’s proximity to the Utah Agricultural College (present-day Utah State University) and the LDS church’s move toward seminaries rather than church-run schools.

Robert D. Lewis noted the “great momentum in the public schools of Utah” at the time, which often meant that members of the LDS Church were supporting both the public school system through taxes and the Church schools through tithing and donations. As a majority of the teachers in the public schools were LDS, Lewis notes that “church members questioned the practicality of sending their family to church school where they paid for tuition, transportation, and books, when the state schools provided these benefits.” In his own words at the memorial program, President Henderson addressed the influence of the seminary movement, stating, “The institution is now to be permanently closed, not because of internal disintegration, but to give greater opportunity for the growth of the seminary movement. If this movement is worth enough to warrant the closing of an institution of such established value as the Brigham Young College it is most certainly one of the greatest movements in religious education. To us at the College it has seemed like releasing a rare bird in hand for one of doubtful recognition not yet fully emerged from the bush. We do not question the integrity of those responsible for this change, but we do wonder if our BYC is fully understood.”

Even given such reasons, the news of the closing of BYC was met with sadness and shock. Dr. Joseph Geddes suggested that “the Alumni of the College would have felt better had the matter been discussed with them before the action was taken.” Of the college’s closing, Lewis explained that “President Henderson could not completely understand the decision of the church to close the BYC. Despite the reduction of high school work, which was one of the ‘unnatural and unreasonable limitations’ under which the College labored, the enrollment in the college work had steadily increased from 24 in 1920 to 253 in 1926.” 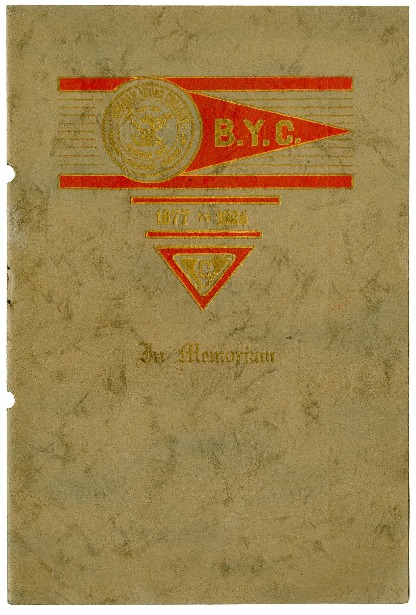 The college held a memorial service in the Logan Tabernacle the evening of May 23, 1926, following the final commencement ceremonies that afternoon. Robert D. Lewis described the feelings at these final events, noting that “anyone who has felt the emptiness and nostalgia when he has left a favorite place or a dear friend for the last time, knows the deep emotion of the faculty and students at the 48th and final commencement of the B.Y.C. in the spring of 1926.” Below are some quotes from the Final Commencement Ceremony and the Memorial Service program:

“But now, out of a clear sky, crashes the blow the forever stills the life of this great institution of promise—that was to have lived for all time. We stagger under the force of tragedy; we are puzzled about what the course of events seems to have coldly demanded. Tears well up to fill our hearts.” —Scott Nelson (valedictory address)

“Next to the influence of my mother, the Brigham Young College is largely responsible for shaping my ideals in life. God bless her memory; she has not lived in vain.” —Lydia Baker Hogenson (Memorial program)

“Seven large volumes of Catalogues and Crimsons in my library tell but part of how my very life, as a student and as a teacher, was shaped by the heart throbs of ‘dear old B.Y.,’ and I can not EVEN NOW say the sad words, Good Bye." —C. H. Skidmore (Memorial program)

“Then let me bow my spirit in sorrow and while I mourn let me, in reverence, pay tribute to our beloved B.Y. A great work that the pioneers did in now undone. Something vital has left us. So far as we are concerned not all the re-shaping that man may do, can make the Cache Valley of tomorrow quite the same. B.Y. we love you.” —Dr. Joseph A. Geddes (Memorial program address) 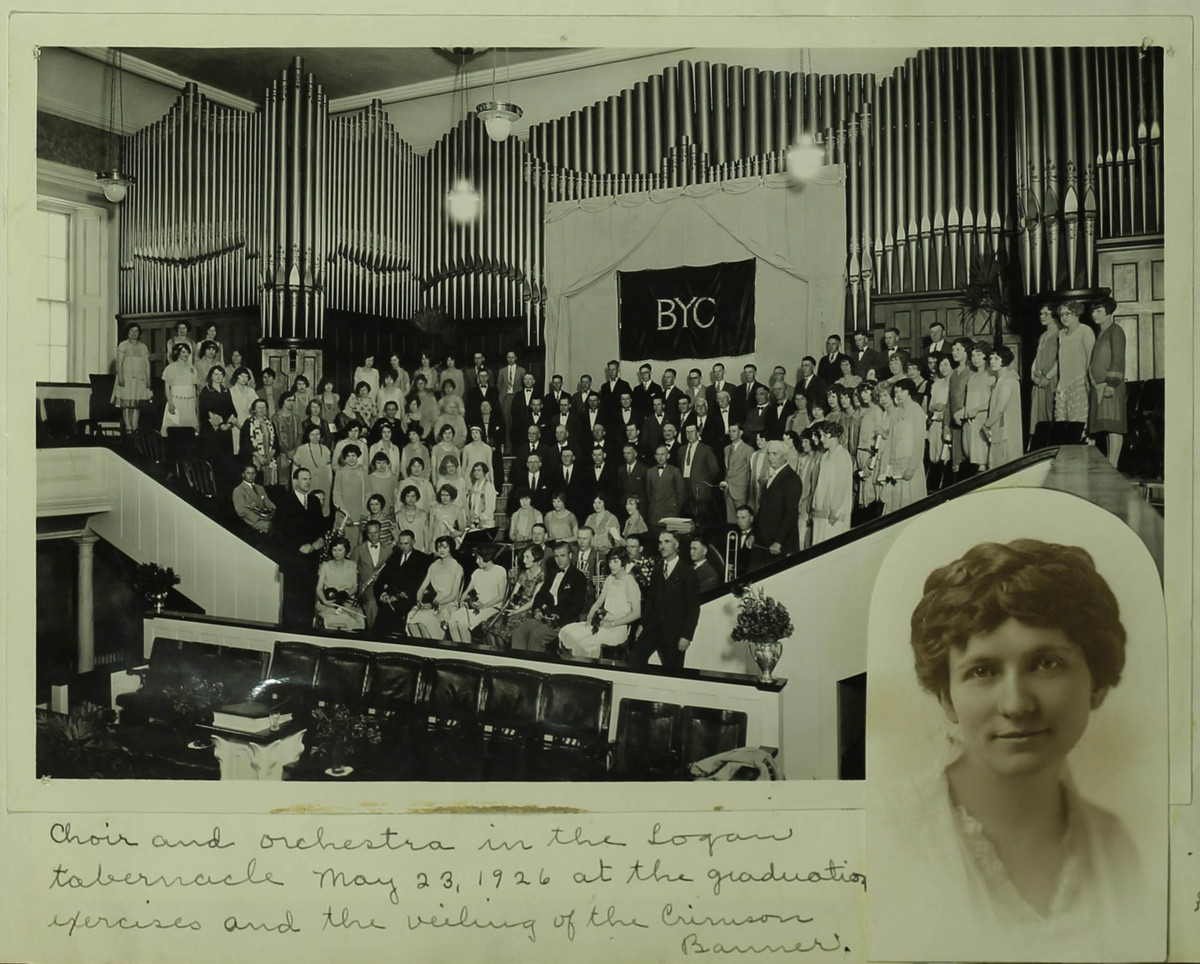 After 49 years and over 40,000 students, BYC closed its doors with the completion of the 1925–1926 school year. The college transferred the West Building and Nibley Hall to the Logan High School while the East Building remained part of the LDS church and served as an LDS seminary. The church eventually tore down the East Building to construct a new seminary building which, as of this writing, is still housed in the same location. BYC returned its endowments and the school’s library of 15,000 volumes was given to the Utah Agricultural College at the request of President W. W. Henderson.

While the physical items that composed BYC are now scattered, discarded, or demolished, the impact of this institution’s half century of history continues to be seen and felt in Cache Valley. Even the bell tower design on the 2016 addition to Logan High School recalls the BYC’s buildings that once stood on the block.

“If we so live that our good character and personality is admired, copied and handed down from generation to generation then BYC can never die; for its spirit shall live forever in the heart of mankind.” —Maud Baird (1926 address to the student body, Memorial program) 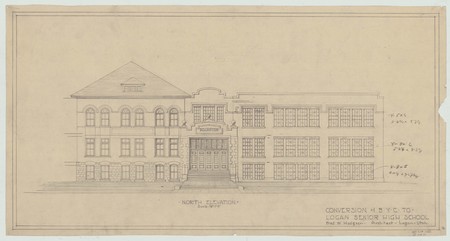 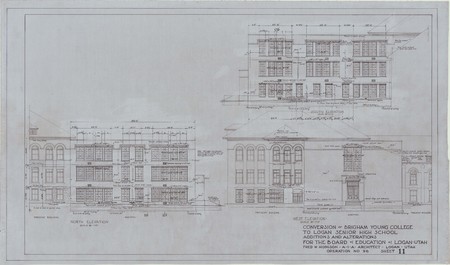 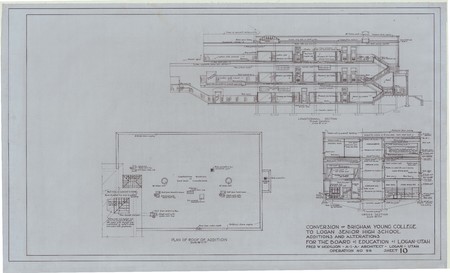 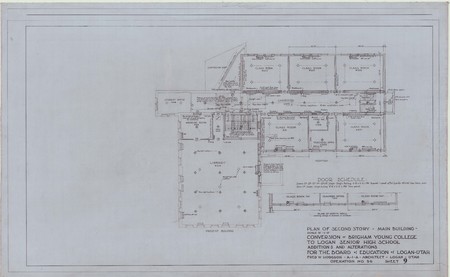 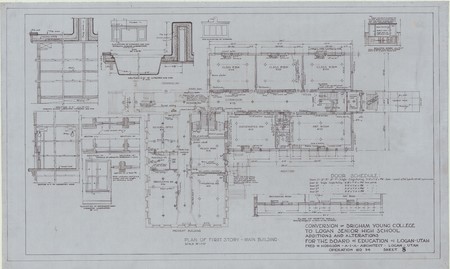 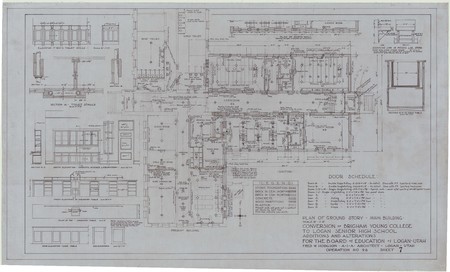 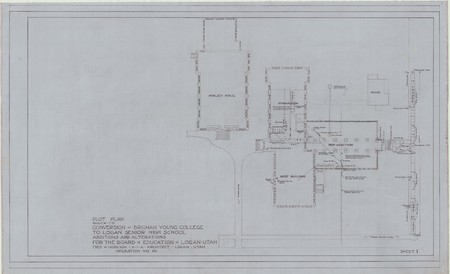 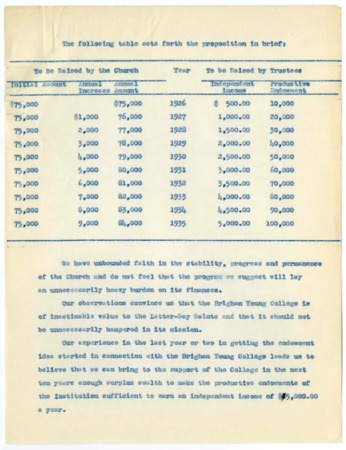 Items of appeal to save BYC 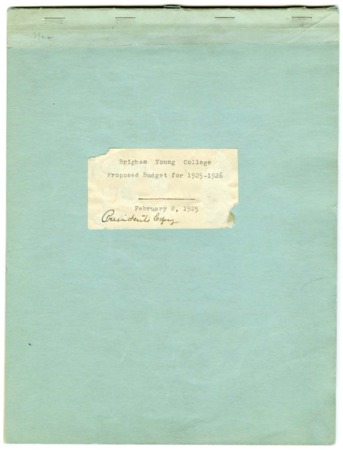 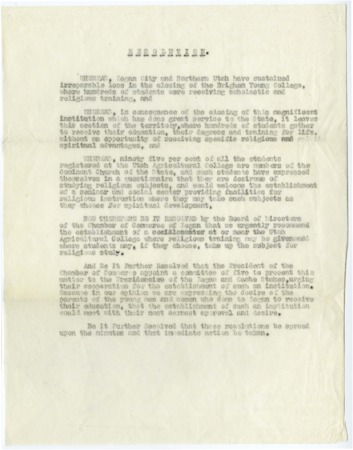 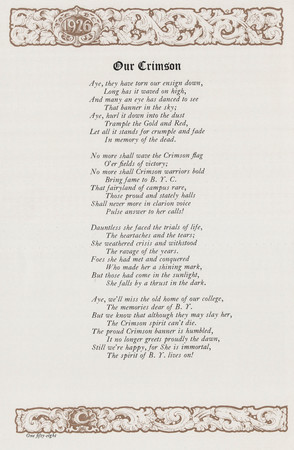 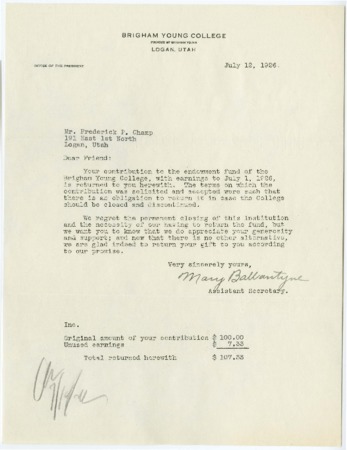 Letter to Frederick P. Champ from Mary Ballantyne returning his contributions to the endowment fund of Brigham Young College, July 12, 1926 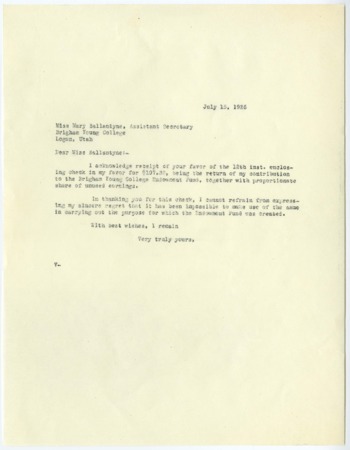 Letter from Frederick P. Champ to Mary Ballantyne acknowledging the return of his contributions to the endowment fund of Brigham Young College, July 15, 1926 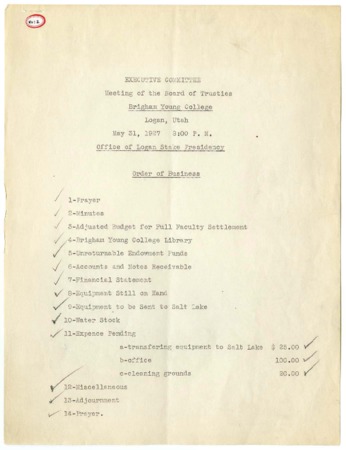 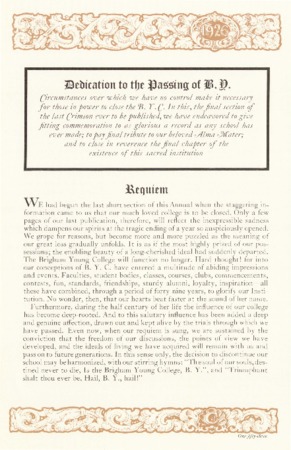 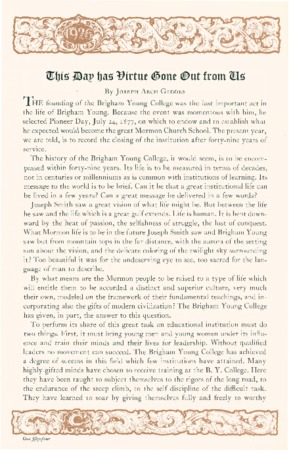