The Founding of BYC 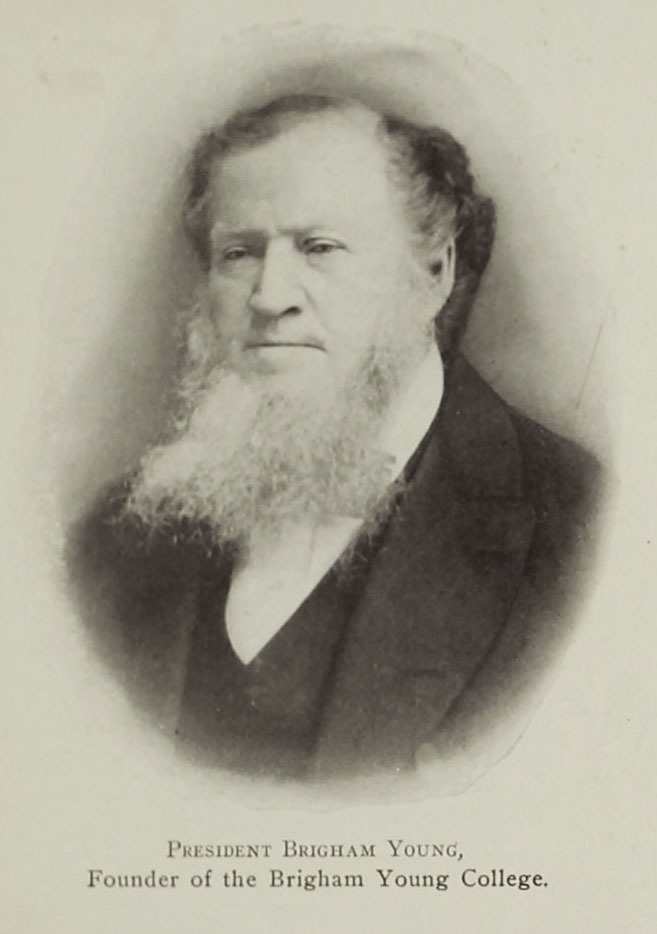 In the spring of 1874, while inspecting a church farm near Logan, Utah, Brigham Young told those present of his plans to found Brigham Young College:

On and by the use of this tract of land we will establish a free educational institution to accommodate from 500 to 1000 young people where they can spend all their time for a period of from four to six years in acquiring a liberal and scientific education as complete as can be found in any part of the world.

But besides that, every young man must learn a trade, such as blacksmithing, carpentry, wheelwright, masonry, etc., and also scientific farming and stock raising. Every young woman must learn to spin, weave, cut, sew, dairying, poultry raising, flower gardening, etc. About one-third of the time of each student should be given to the institution in actual work on the farm in dairying or shops for its maintenance.

The gospel, true theology, must be taught and practiced by all, both students and teachers. Any young men or women of good moral character should be admitted, whether members of the church or not, but while there must live the lives of good Latter-day Saints. They must keep the Word of Wisdom, no intoxicating liquor or tobacco will be kept, sold or used in the institution.

After graduation, each student should be equipped free with a set of tools for his particular trade, a team and wagon, farming implements made at the institution worth about $500 so he could start right out producing results.

Brigham Young’s vision for this institution was never fully realized to such an extent; however, many aspects were incorporated during the school’s forty-nine-year history, most notably offerings of a liberal and scientific education as well as a focus on studying the teachings of the Church of Jesus Christ of Latter-day Saints (LDS). 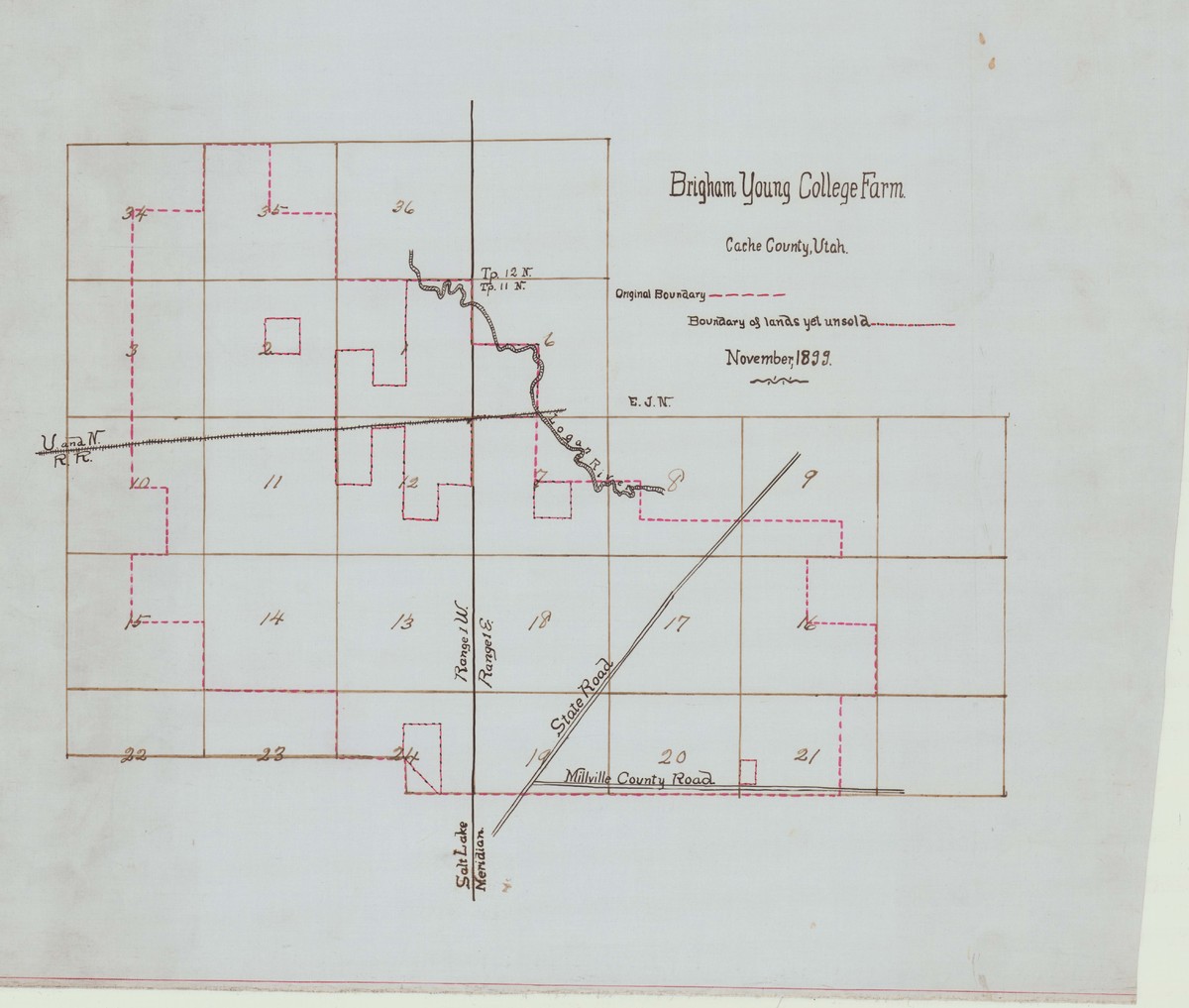 On July 24, 1877, Brigham Young deeded to BYC 9,642 acres as an endowment to help support the college. The land was located in the area now known as College Ward and also included areas of Wellsville, western Millville, and Providence. The name College Ward is in reference to its early connection with BYC. All the rent payments and other profits received from this land were to be used for the benefit of the college.

Before the college could be established, Brigham Young died on August 29, 1877. The 1884–85 Prospectus of BYC reflects the reactions of the time in relation to the college’s establishment: “Before the close of the same month the people of Utah were called upon to mourn the death of their wise counsellor, leader and friend, which sad event unquestionably retarded greatly the early growth of the College, the founding of which was one of his last acts of a public nature.”

President Young was very desirous to have the first term of the college opened in September 1877; however, the unavoidable delay in renting the land which constituted the endowment and source of revenue of the college, combined with other causes such as the death of Brigham Young, prevented the opening in 1877, and the college was not opened until September 9, 1878. The 1926 BYC Memorial Program notes that the college began with one teacher (Miss Ida Ione Cook) and seventy-one students. The courses offered that first year were: reading, penmanship, orthography, grammar, geography, mathematics, the New Testament, Book of Mormon, and Doctrine and Covenants. 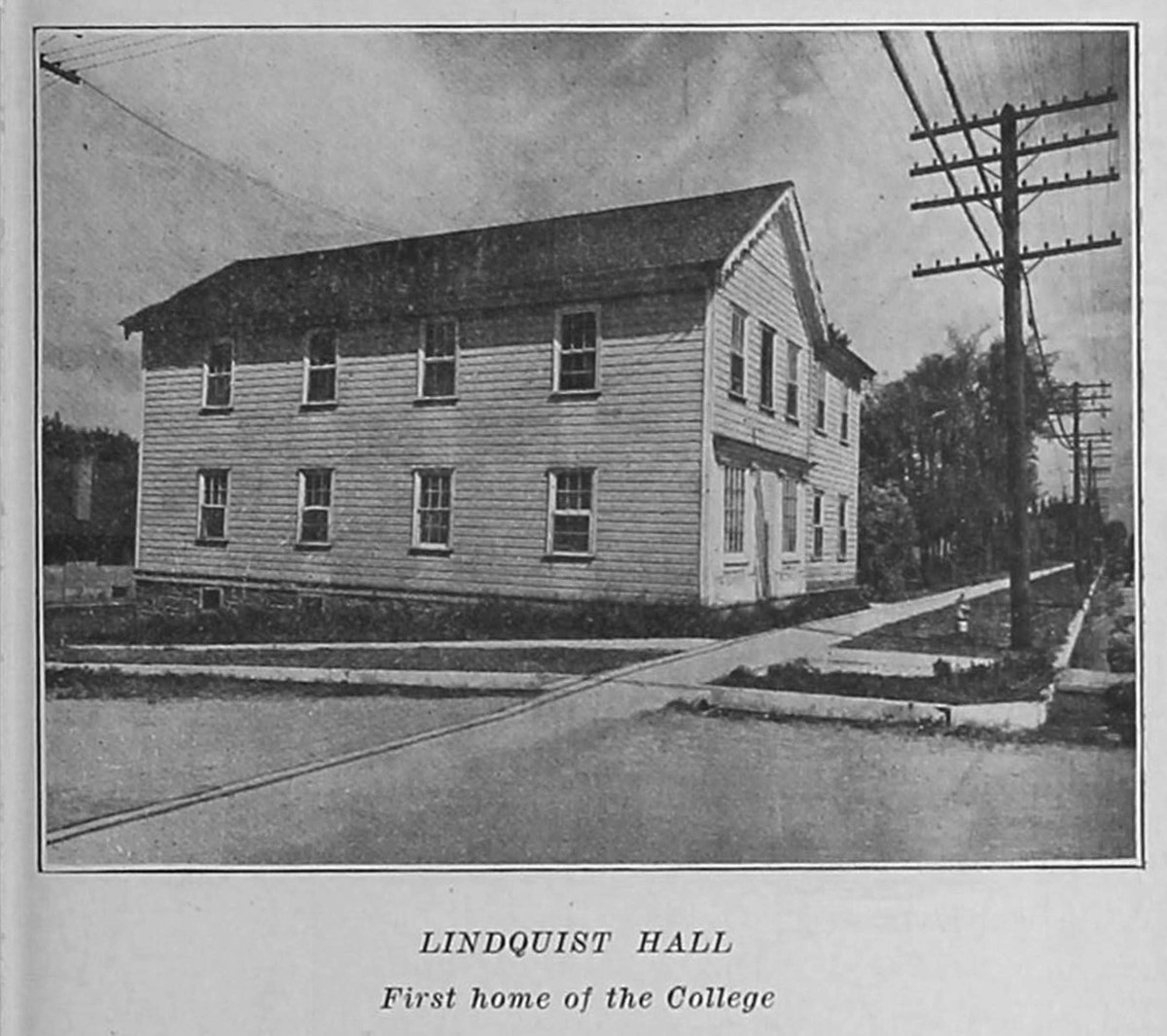 From 1878 to 1894, BYC was a small, struggling normal school preparing students to become elementary school teachers. BYC in its first six years held classes at two temporary sites. The first classes took place in rooms rented in the Logan City Hall, also known as Lindquist Hall, located on First East and Second North. The school outgrew this building after five years and had to hold classes for the school year 1883–1884 in the basement of the Logan Tabernacle while waiting for its first permanent building to be completed. Other sites used included the Thatcher Opera House located at the corner of Main Street and Center Street (burned down in 1912) and the old Amussen residence on the corner of First West and Center Street. This location was later the home of the Budge Hospital and the school used it as a nurse training school.

In 1895 the BYC used three large classrooms in the Preston Block. This building was home of the old tithing office located on First North, east of Main Street. The college initially used the classroom space for English and mathematics. In 1903 BYC used the space for training school activities. The Woodruff School, one of the local public schools, was also used by BYC as a normal training center for students learning to become teachers. This building was located on First South and First West. 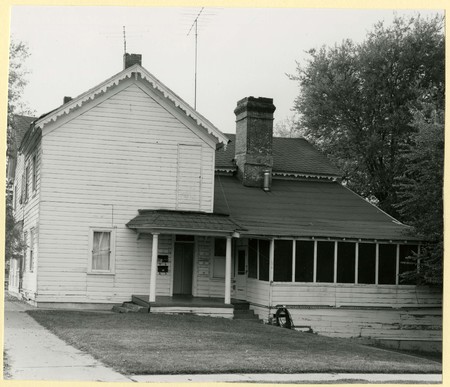 Lindquist Hall (view from the north) 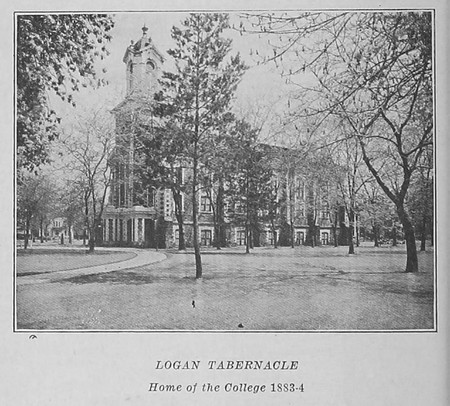 The Logan Tabernacle: classes were taught here during the 1883–1884 school year 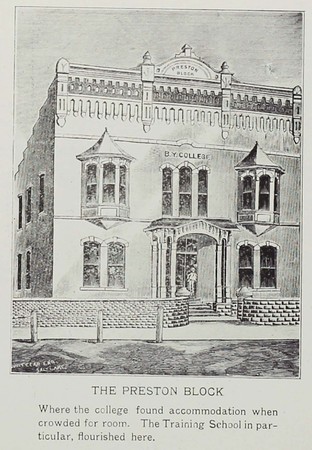 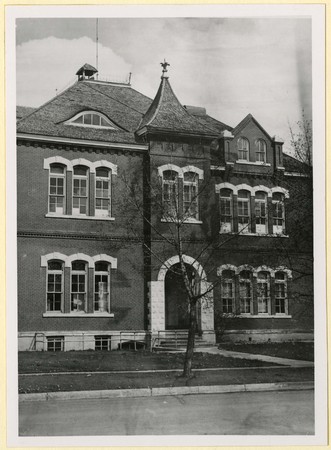 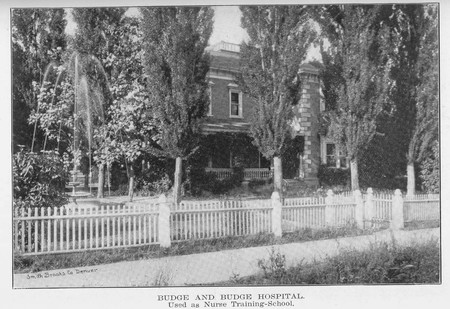 The former Amussen Residence as the Budge and Budge Hospital. Used as a nurse training school for BYC students. 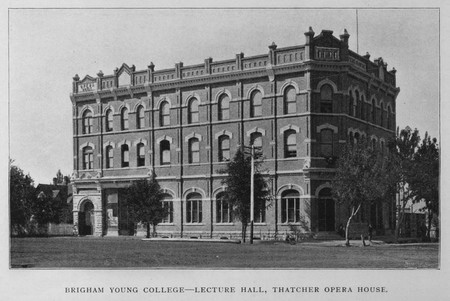 The Thatcher Opera House—used by BYC as a lecture hall 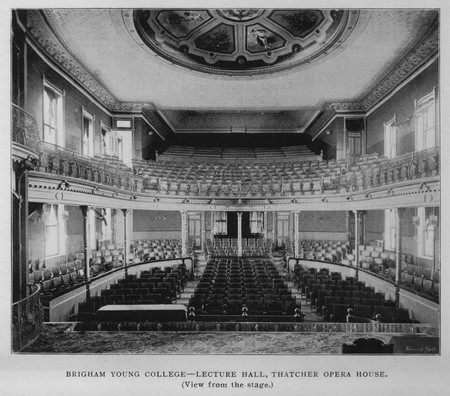 Thatcher Opera House—view from the stage 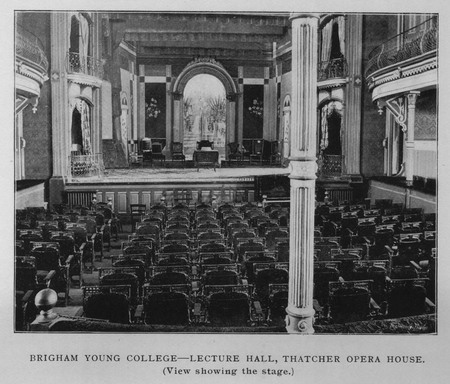