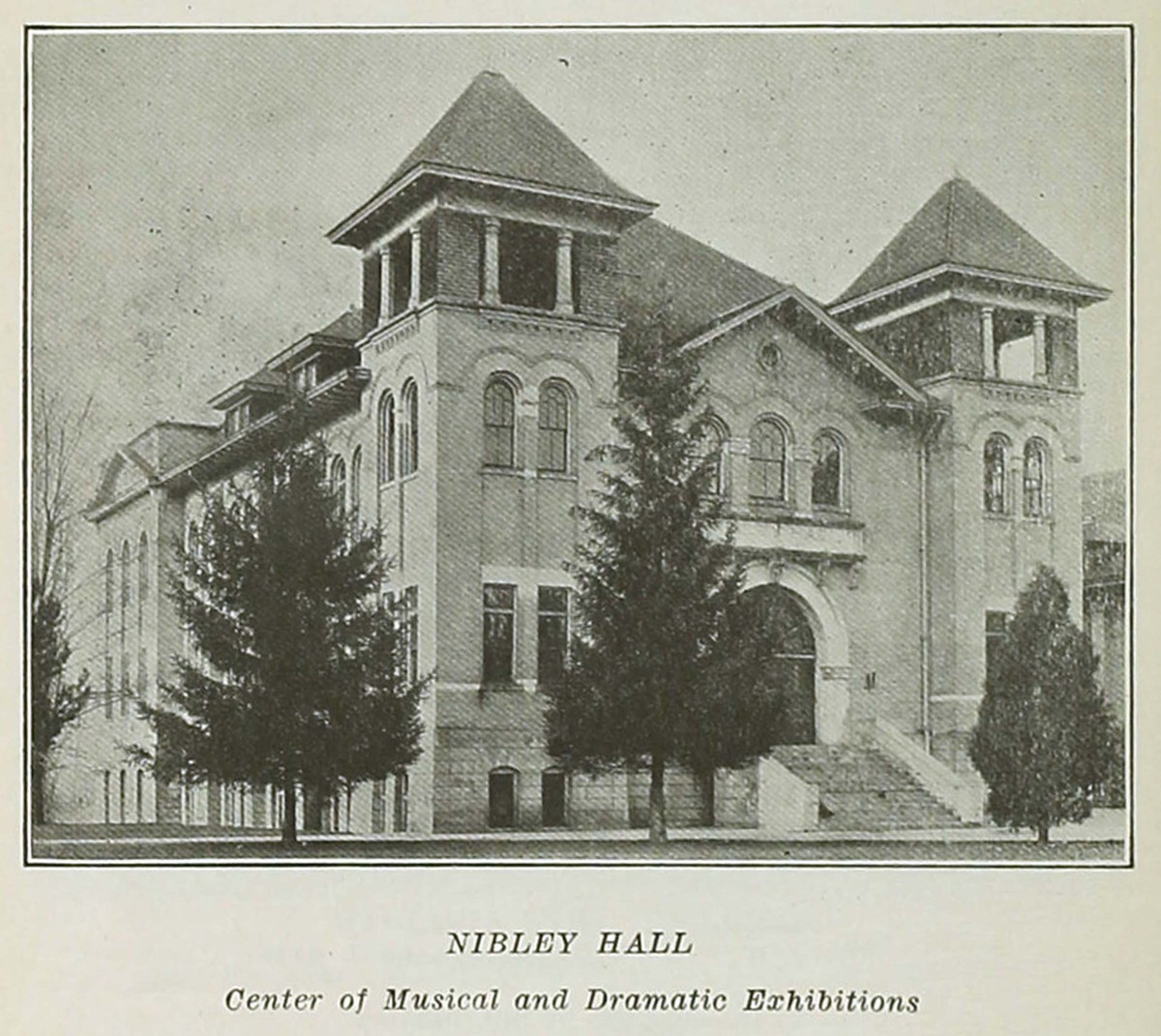 In 1907 a donation of $15,000 from LDS Bishop Charles W. Nibley, a Logan native who later went on to become a member of the First Presidency of the LDS church, provided the initial capital to construct a large auditorium located just east of the West Building. BYC President James H. Linford wrote to Charles W. Nibley to acknowledge the receipt of the fund for the construction of Nibley Hall as well as to “express our gratitude to you for your generosity in this matter and would say that is had increase our facility even more than we expected.” Nibley made payments of $1,000 a month from January 1907 to September 1907, then contributed another $1,000 payment in April 1908 and a final payment of $5,000 in December 1908.

Nibley Hall was 108 feet long and 60 feet wide and served primarily as an auditorium. It had a stage and an organ contributed by Mrs. Luna Young Thatcher. The hall and balcony would comfortably seat the entire student body with additional space for guests while the stage was sizable enough to allow for a full opera chorus. The space was used for drama classes, concerts, and rehearsals as well as the daily devotional service. A. N. Sorensen described the feeling on campus at that time in regards to the new building: “The pride of students rose several notches because of the new improvements and their beneficial additions to effective college work.”

In addition to the auditorium space, the building also contained classrooms in the basement for physics, geology, and mineralogy. There was also a heating plant located on the south end of the building. This was the last building constructed on the campus of BYC even though the college operated for almost twenty more years. 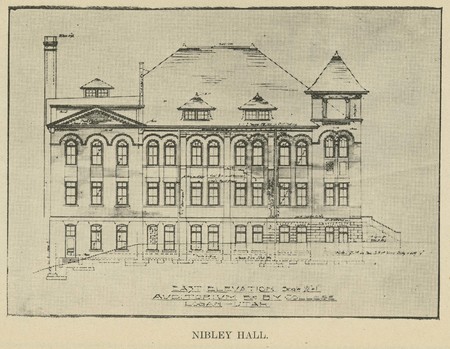 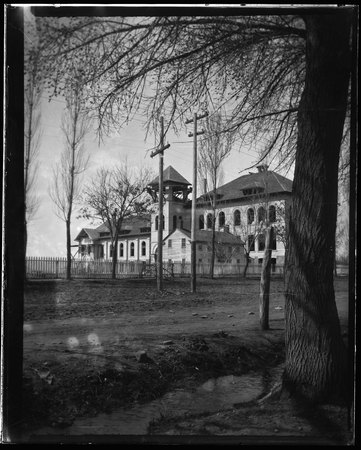 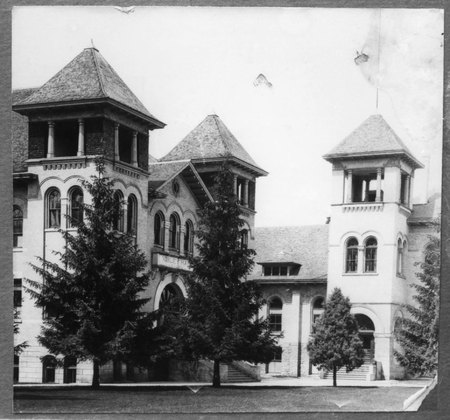 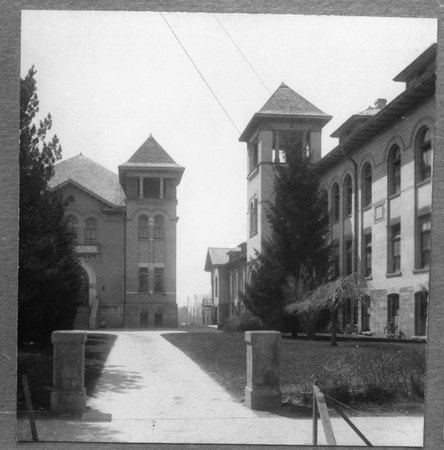 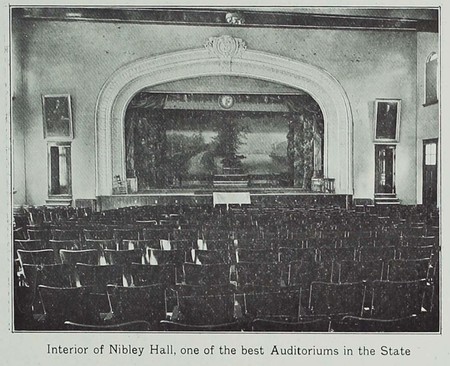 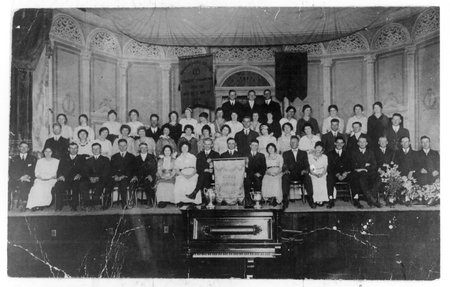 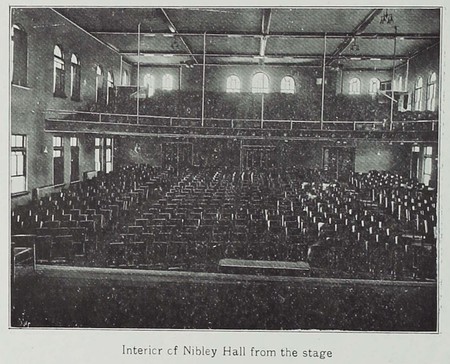 Interior of Nibley Hall from the stage 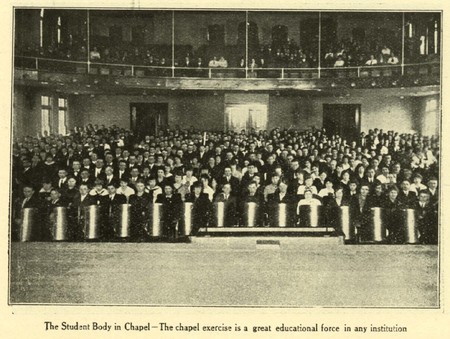 The student body in the Chapel (Nibley Hall) 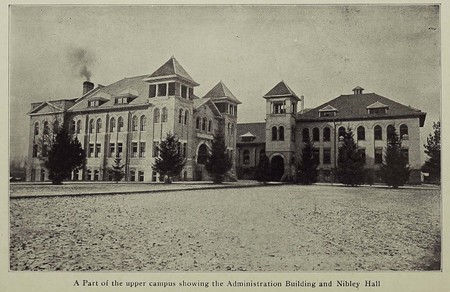 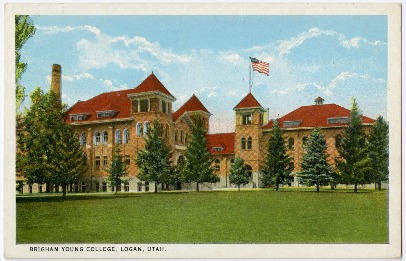 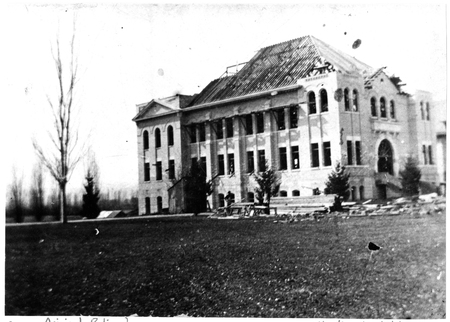 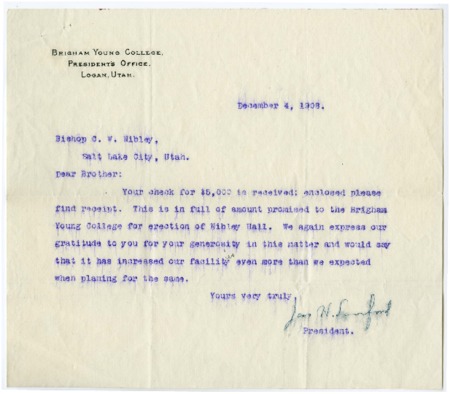 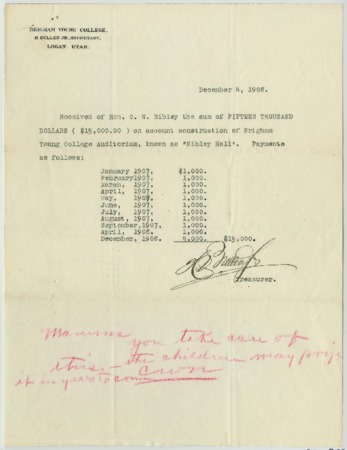 Receipt for $15,000 from C. W. Nibley to Brigham Young College for Nibley Hall 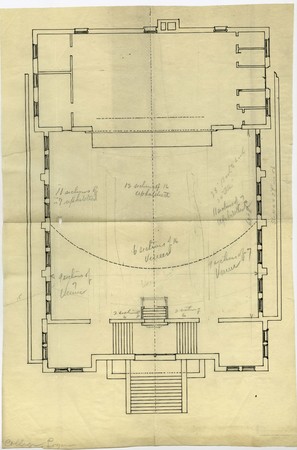 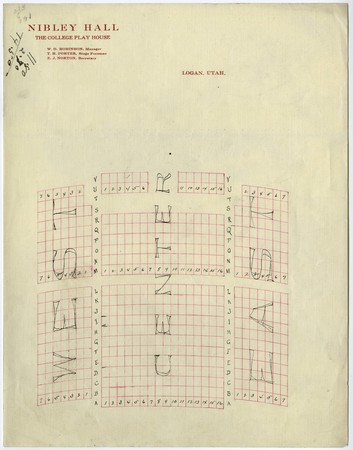 ← The Mechanic Arts Building
Campus Views and Other Buildings →