The student body participated in a number of societies and organizations during its forty-nine years. Below are examples of a few of them. 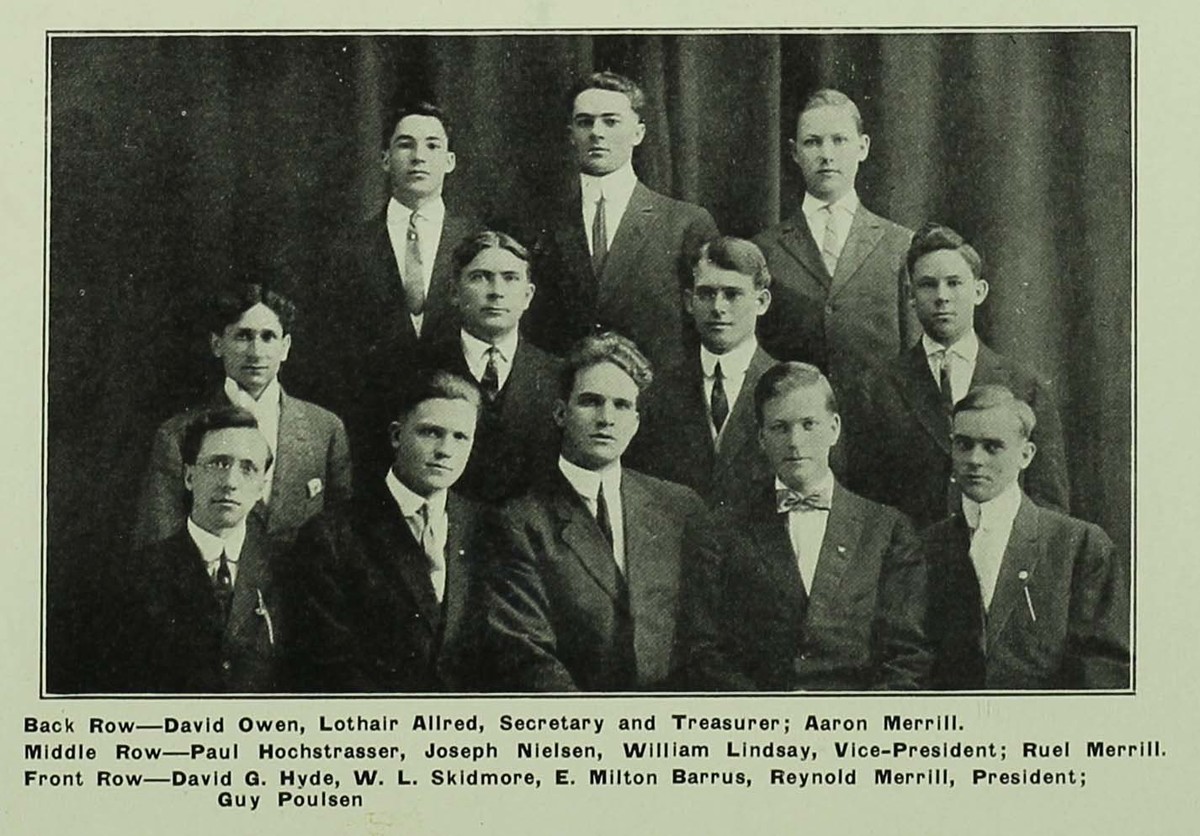 The 1897–1898 catalogue explained that “the following societies are maintained by the students and faculty of the College, and afford opportunity for acquiring general information and obtaining practice in public speaking and parliamentary procedure: Webster Society, Phi Polo Society, Sapho Club, Philomathic Society, and the Polysophical Society. Of these the Webster and Phi Pollo are conducted exclusively by men, and the Sapho by women, while the others are open to all students of the College.”

The 1905–1906 catalogue described the purpose of the Webster Literary Society as affording the “practice in public speaking and in the use of parliamentary law, besides furnishing valuable social and intellectual development. It is exclusively for men.”

A description from the 1905–1906 catalogue noted that the Usona Society was “an organization which aims to cultivate the social side of life and at the same time to afford an opportunity for the study of some of the fine arts. It is exclusively for women.” 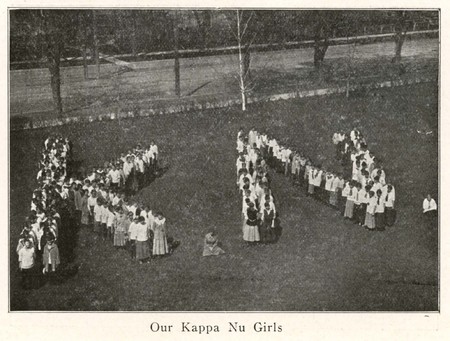 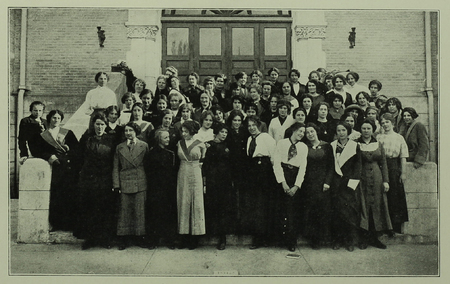 The 1913–14 catalogue described Kappa Nu as a “society is for girls only. All the girls in the College are eligible to membership in it. Kappa Nu is a live organization and has many success to its credit. The social side of school life is emphasized particularly in the society, but the girls heartily support movements which concern the welfare of the school.” 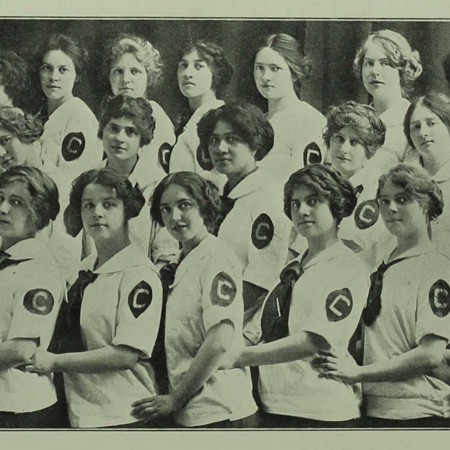 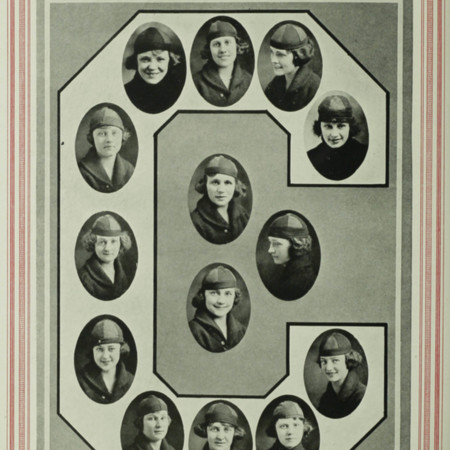 The Crimson Girls (from the 1921 Crimson Annual)

The 1925–26 catalogue described the “Crimson Club [as] open to all active women attending the College, who are able to meet the high standards for entrance. Its aims are intellectual and social.” 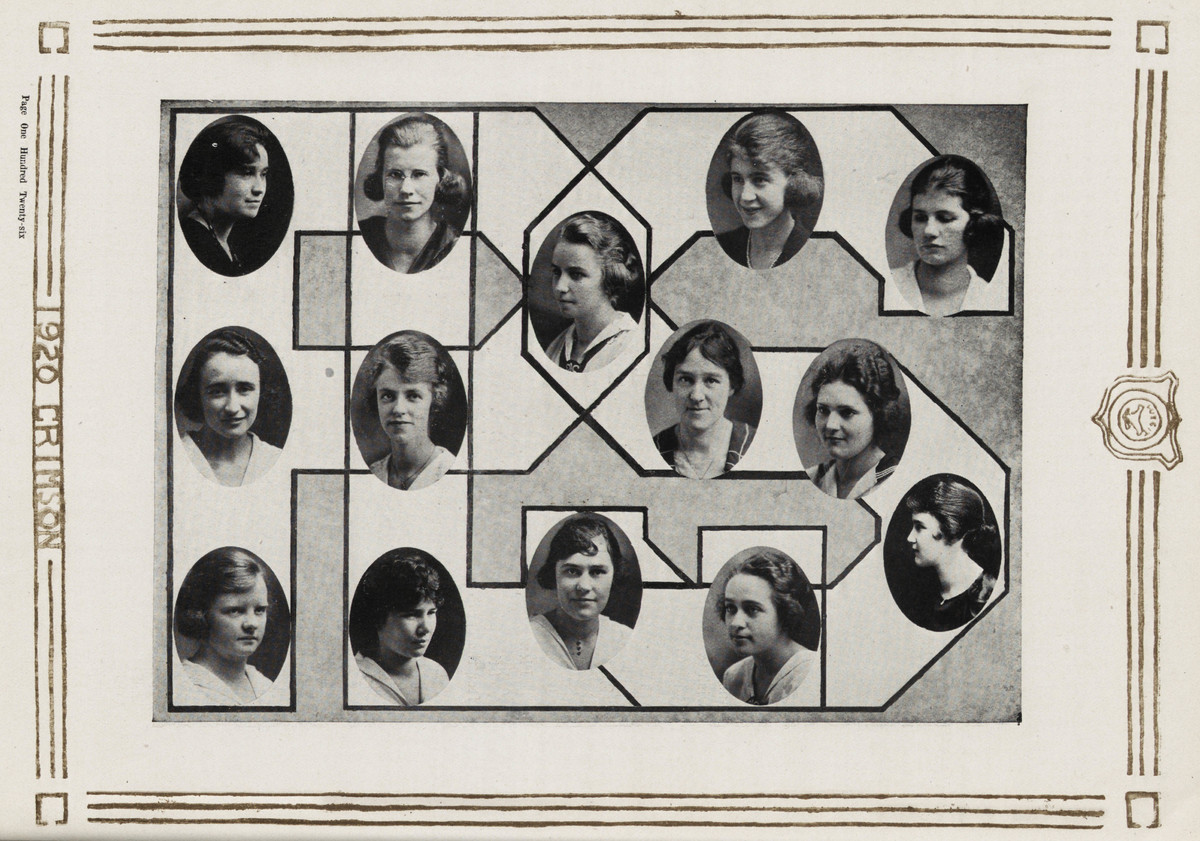 The 1925–26 catalogue described the Pierian Literary Society as being “composed of women whose standards in English are above average. Literary programs are most common in the club. Any girl who has literary ability and who can meet the high standards required is eligible to membership and may improve much though such membership.” 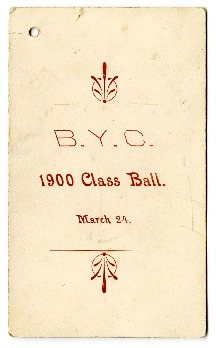 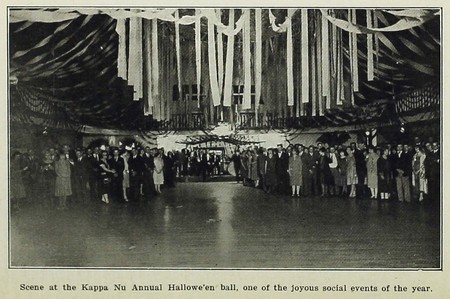 Scene at the Kappa Nu Annual Hallowe’en ball (circa 1925)

The 1913–1914 catalogue described the organization dances for the students: “Dancing Parties—During the year the faculty provides a reasonable number of dancing parties and other social entertainments for students. These functions are under the direct supervision of a special committee, and are conducted in accordance with the teachings of the Church.”

The 1925–1926 catalogue noted that “each school year the departments of Music and Public Speaking present to the school and public an opera and one or more dramatic performances. These entertainments provide excellent training for students who take part, and have a wholesome effect on the spirit of the school. They are well supported by the public in general.”

W. O. Robinson organized and directed the school’s brass band and orchestra for many years. There was also a college choir which furnished music for devotional exercises and other types of entertainment. 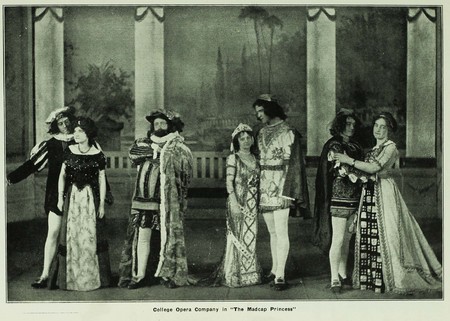 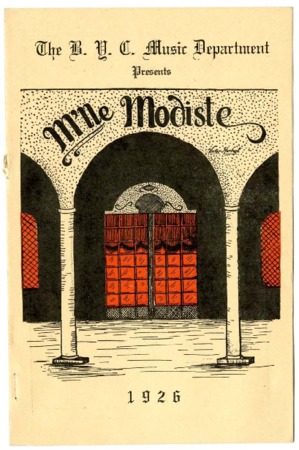 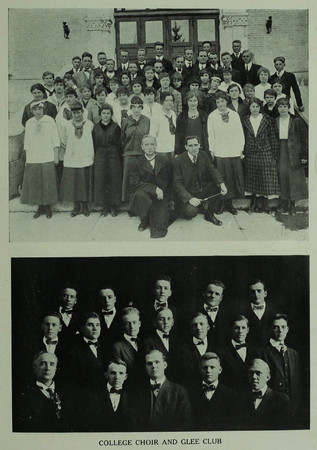 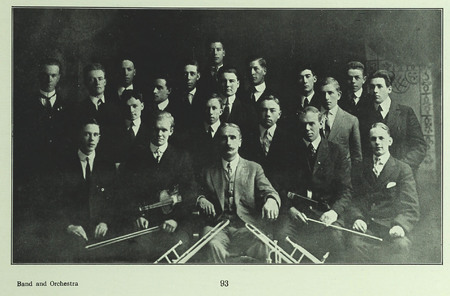